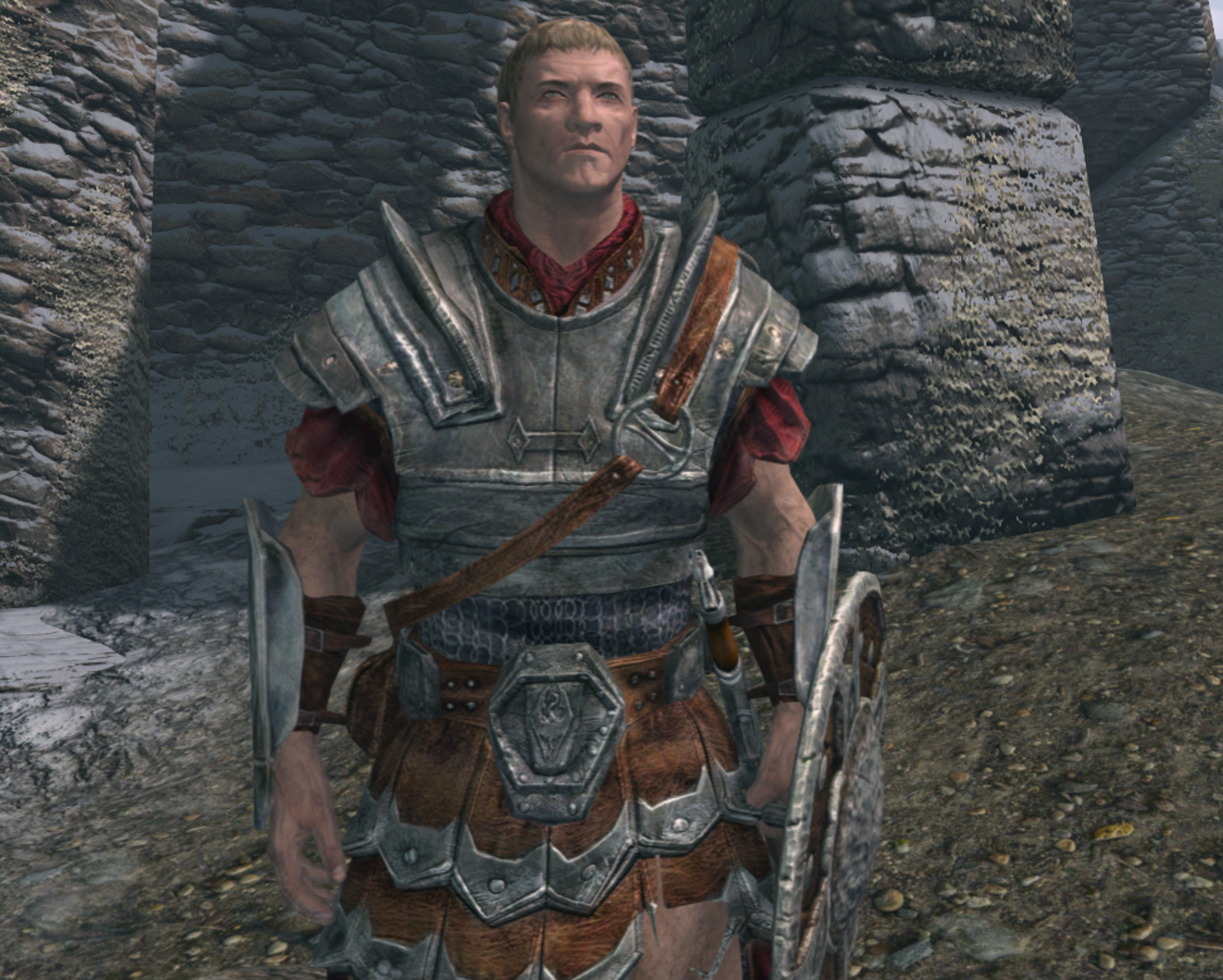 A muscular and well groomed Nord knight, Kristof is the ultimate tank character. If seeking to play a build with a well balanced challenge, look no further.

After losing his betrothed at age 16 to the unrelenting torture of the Thalmor, Kristof vowed vengeance. Keeping in line with family and traditional values, Kristof was a fierce supporter of the Empire, and believed that Tamriel must stand together to defeat the Third Aldmeri Dominion. At age 36 he became Legate and discovered his identity as Dragonborn. After avenging his deceased true love, Kristof was finally able to retire peacefully. A true hero, he was remembered as one of the greatest knights the Empire had ever seen.

This build uses the Ordinator perk overhaul system and specializes in: