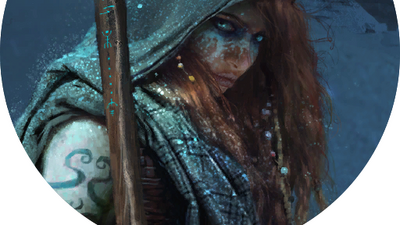 For the game, see The Elder Scrolls V: Skyrim. Skyrim, also known as the Old Kingdom, Throat of the World,1 the Fatherland or Keizaal (Dragon Language: Keiz-Aal, "Rebellion-May"note 1), is a vast region set in the northern part of Tamriel.2 It is the home of the Nords, large and hardy men and... 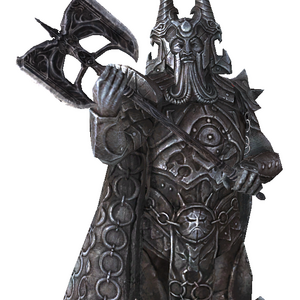 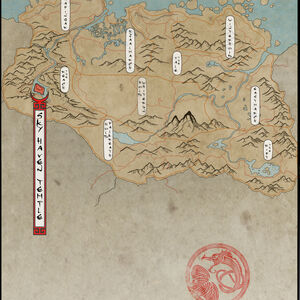 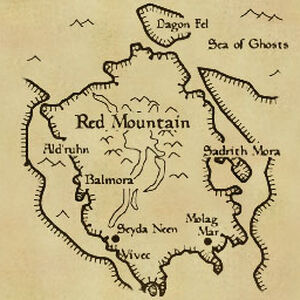 Hello! i am wanting to get skyrim and i have never played it before(or any elder scrolls game for that matter) and i was wondering what are some good mods(if any) to use on my first playthrough. (im on xbox one btw)

This is one that I've had on my mind for a while. I'll give you a small synopsis.

In the labyrinthian you come across a wooden mask in a small room, nobody knows who built this room however there was an immensely powerful mage who existed in the first era by the name of shalidor. Shalidor at one point in his life decided to research the events that led to The Disappearance of the dragons in the myrithic era.

Editorial note: all this information is true in the Elder Scrolls lore.

I plan to explain that this little room with the wooden mask was one of shalidor's creations, except for the bust that holds the other dragon priest masks, and also plan on tying that into the overall story as it was a part of shalidor's plan into his research of the dragon's disappearance.

My story involves time travel into the fourth era with shalidor being directly involved helping the last Dragonborn.

Not all details for my story I have figured out, but I intend to make it quite the journey involving information from the current day and age and going back into the past before the heroes of sovngarde sent Alduin Through Time.

We know that in the game that's when we defeat Alduin that he doesn't necessarily die according to the greybeards and also because the last Dragonborn doesn't absorb any of his Souls or power for that matter.

I have more to add, but I'm purposefully leaving out some parts of the story. Let me know what you guys think about it, and whether I should continue on this path to write this story.

Okay so first let me clear something up, I am relatively new to Skyrim but started my quest because my friends highly recommend it, and I love it. So I may make a lore mistake. Second, everyone I know sides with the Rebellion, so I assume this is like most of the community.

Ok so when I first started I sided with the Stormcloaks because the Empire was going to execute me and such. But now upon further inspection it Is so clear to me who are the better faction and leaders. With the empire the main problem is the banning of Talos worship, but as I think Alvor says, Talos worship was ok as long as it was on the down low and it wasn't until Ulfric started yelling about his worship that the Thalmer really enforced it, plus the only reason that it was banned is to keep peace, without the Rebellion the Empire could likely take out the Thalmer, now the Rebellion is very racist as seen in Windhelm where there is of course the segregated areas. If Ulfric were to become High King and such it could create more conflict and really allow the thalmer a chance to squash the nords worship.

So I could go into more evidence but I covered the more important parts, also I'd like to point out that my main character Ulrich is a strong Talos worshiper even being a Talos Paladin but he still sides with the empire. So yeah that's it.

Okay so before we begin I would like to state that because Skyrim is an RPG that means that the Dragonborn didn’t necessarily join any of the in-game factions like the Companions or the Dark Brotherhood, just in case no one knew.

So my Theory is this, could it be possible that the Dragonborn becomes the Emperor? My answer is possibly and here’s why.

How do we feel about this Theory? I know to some it might seem unrealistic but the events of the game aren’t completely canonical. When TES 6 comes out we’ll get more canonical lore about the events of TES Skyrim, but for now this is my belief on the events of Skyrim’s lore

Go with ralof in helgen after you kill the 2 imperials take the key and a dagger or 2, set the difficulty to legendary and sneak attack ralof for quick xp and keep legendaring sneak , if it stops working walk away go into sneak and sneak up on him a few times and it should start back up

If you go to the Skyrim page, the quote at the top of the History section covers up some of the Table of Contents. I cannot tell what is there but could someone fix this?

If this was just me then that is strange.

This is my 9th Skyrim playthrough i think, but I have a question that's been bugging me. There are 4 potions of waterwalking in Raven Rock Mine that you can find during The Final Descent quest, but i found just three of them.. i've checked the exact locations on this wiki and uesp, still i managed to find just three.. i really have no idea where that one last potion is, do u guys know where it is?

I even went to load earlier save just before doing the quest and i made sure i didn't miss anything but heck... 3 of them, again..

What are the provinces of Tamriel ranked based on military, economy, and influence. (Note that Orsinium isn't on the list and I'm ranking them based on power during the 4 Era)

1 Cyrodiil: Cyrodiil has lots of influence, the highest economy from trading, and the biggest military.

2 Summerset Isles: They have the most diverse military from warriors to mages, they have influence after taking over lots of Tamriel, and lots of resources from taking over.

3 Black Marsh: They are mysterious and we don't know much about them but there military took over lots of Morrowind and they also took over Mehrunes Dagons oblivion portals in Black Marsh.

4 Hammerfell: They have one of the coolest militaries because of duel-wielding which is fast and high damaging.

5 Skyrim: Skyrim has a really powerful military and is wealthy but they are vulnerable because of the civil war.

6 High Rock: We don't know a lot about them but they probably have a powerful military because they have the most powerful mages.

7 Elsweyr: They also got taken over by the Aldemeri Dominion which probably means they have a weak military.

8 Morrowind: They used to be powerful but the red year and eruption of red mountain pretty much destroyed Morrowind.

9 Valenwood: They are at the bottom because they rely on the Aldemeri dominion and got taken over very easily.

I was doing the skyrim ratway mission, when "Esbern" did not show up after I made the quick trip to "Riverwood", so I was unable to start the "Alduin's wall" mission when I prescribed I returned to the ratway location, but I didn't find "Esbern" there, I don't know what to do (it's a main mission, so I can't let it go).

Now I’m expecting hate from this but I have researched ulfric and came up with this. Ulfric the bear of markarth is ultimately bad for Skyrim mainly do too one or three things and the first is the markarth

Incident and due to what he did when he too the city. Every man, women, and child who was old enough to raise a sword and did not fight for the stormcloaks were “traitors to Skyrim” and we’re killed, shopkeepers, land owners and anyone with a reachman background was put to death, anyone who helped the reachmen keep the security were put to death and when the empire came back to get the city ulfric decided to ransom the city for talos worship to ulfric stormcloak bear of markarth no is not a answer. Then we got the racism which is shown due to the argoinans getting stuck on the docks and dark alfs getting seperated to the snow “now grey” quarter. Racism in ulfric army is high and anyone not a nord is apparently a imperial spy. Third, the murder of high king of Skyrim, tyrogg. It was just a power play to get control of Skyrim but instead he started a civil war which is what the thalmor wanted. It’s his fault this is going and it’s his fault he attacking the only thing that keeps the thalmor from attacking and starting a second Great War, ulfric stormcloak the man who broke the empire.

Mine is Arniels Endeavor at the Winterhold College because it provides A LOT of insight on where the dwemer went. (they made their own plane of oblivion, but since theyre mortals, they dont have an influence over tamriel

What do you guys think Skyrim is missing? (Aside from a longer main questline, that is way obvious.)

So I'm trying to become thane of the reach...... I have already won the civil war, for the Stormcloaks.... Well when I start the than of the reach quest the assisting people counter starts off at 3/5 automatically and won't count up or down from there. I am still able to assist people and buy the house but it won't count on the counter. What am I doing wrong??

(edited by administrators)
SkyrimPS4Thane of the Reach