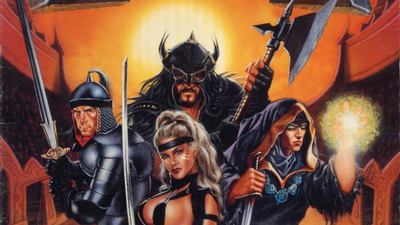 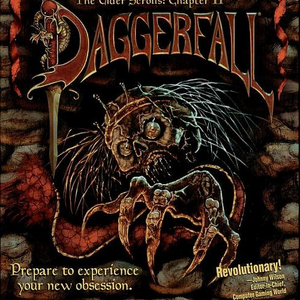 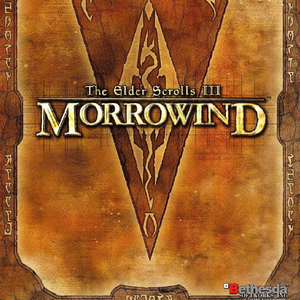 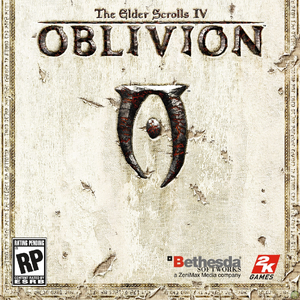 The Links to Chapters 11 - 13 of The Book of Noxaura - Guardian Defender of Cyrodiil are now live.

The first three chapters of the second installment in The Book of Noxaura are now live.

Do you guys thinks that tes-vi should feature a co op mode but no only online or only single player?

If you compare all aspects of the lore and characters of men,mer or gods who is most "slimy" person there.I dont mean just Skyrim but all NPCs from TES games. i think Mehrunes Dagon or some Thalmor leader are good adepts :D Sorry about English.

Alright so I'm starting a playthrough of Morrowind. I've played through Skyrim and Oblivion. And I want to ask is there anything I should know before I dive in and create a character and start the game. Any and all advice is appreciated. Thanks.

Can we assume she lies in Sancre Tor since her wraith is there in the Vault of Kings?

(edited by moderator)
The Elder ScrollsAyrenn

I can't believe I've restarted this many times, and I'm still not bored of the vanilla game. I've been playing for about 6 years now, No mods.

No console commands. Most people by now would probably have mods with add on questlines or options. I love how entertaining skyrim is! You can restart over and over, Meet deadra, and defeat the tyrant of dragons!

I'm suprised at the fact I'm even playing skyrim!

Ive also restarted oblivion twice ( No mods ect.) but that's because the gameplay is alot harder even at the easiest difficulty. Anyways.

Skyrim is a fantasy world far different from your stereotypical "Fantasy" RPG. Aside from assasins creed, but that's sci-fi fantasy.

We love skyrim I'm sure, and I hope skyrim lives on to the next generation, and the next(No overpopulating please). By far, Skyrim is the best and first game ive ever played.

This is one that I've had on my mind for a while. I'll give you a small synopsis.

In the labyrinthian you come across a wooden mask in a small room, nobody knows who built this room however there was an immensely powerful mage who existed in the first era by the name of shalidor. Shalidor at one point in his life decided to research the events that led to The Disappearance of the dragons in the myrithic era.

Editorial note: all this information is true in the Elder Scrolls lore.

I plan to explain that this little room with the wooden mask was one of shalidor's creations, except for the bust that holds the other dragon priest masks, and also plan on tying that into the overall story as it was a part of shalidor's plan into his research of the dragon's disappearance.

My story involves time travel into the fourth era with shalidor being directly involved helping the last Dragonborn.

Not all details for my story I have figured out, but I intend to make it quite the journey involving information from the current day and age and going back into the past before the heroes of sovngarde sent Alduin Through Time.

We know that in the game that's when we defeat Alduin that he doesn't necessarily die according to the greybeards and also because the last Dragonborn doesn't absorb any of his Souls or power for that matter.

I have more to add, but I'm purposefully leaving out some parts of the story. Let me know what you guys think about it, and whether I should continue on this path to write this story.

So I wanted to get into making fake Elder Scrolls stories and such, partially in hopes of Bethesda wanting me to maybe help them come up with game ideas and lore, but mainly because I had a really good idea that I like but I have some questions that I need answered.

First off, a little bit about the fanfic.

TES Dawn is based in Cyrodiil, High Rock, and Alinor(Summerset Isles) and even some Planes of Oblivion and follows the story of Tedos, a half-Ayleid/half-Imperial born in Cyrodiil and hidden in Alinor from the Empire. He was raised by the Royal Family of Alinor and tutored by an Imperial/Priestess of Meridia due to his heritage and trained by the High King on swordsmanship. One day, however, while assisting his brothers with fighting back some Imperial Squadrons he is captured by the Empire and forced to fight in the Arena for his freedom and his life when he meets the Breton/Moth Priest-in-training Veriin Retlard who tells him of his true nature and destiny.

So that’s basically the Plot, I know that it seems a little off? Maybe? I dunno but I just have a few questions to make it better.

If you could speak another language shown in any of the TES series what would it be Ancient Nordic, Orcish, Altmeric, Dunmeric,

Exlcluding Argonian since they just growl

First sorry about grammar.Do you want some survival gameplay in TES? I think its should be interesting. Eat,drink,avoid cold by "special" clothes,dry yourself inside after rain make you wet,must stay on campfire sometimes etc. But should be not harsh at all to ruin gameplay.For example-if you dont eat,you cant die but your power will be less(no critical strike,no smithing etc.) if you dont drink you may have some blur vision or cant run,stay in cold or rain for long time may cause shaking.

Or harder version-shot into knee may cause walking problem,if you will be shot in arm you cant handle weapon properly and if you dont drink,eat,avoid bad weather you should die.

I know not everyone is fan of this so it should be turned off in setup and you should make your own choices like I want to drink/eat to survive but not avoid cold places etc. Effects should be also different to actual races you play and even NPCs.And thats another idea I have and thats any NPC should die but you can revive them by some cult and quest.Any NPC you can revive...

(edited by moderator)
The Elder Scrolls