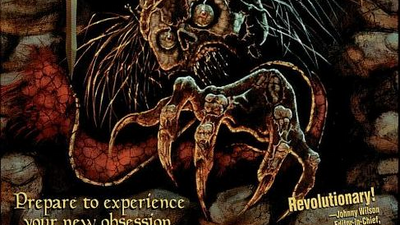 For other uses, see Dagger. The Elder Scrolls II: Daggerfall is the second installment in The Elder Scrolls series. It is set in the Iliac Bayarea ofHigh Rock and Hammerfell during the Third Era of Tamriel's history, ending in an event called the Warp in the West. The plot of the game revolves... 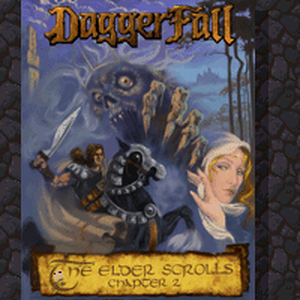 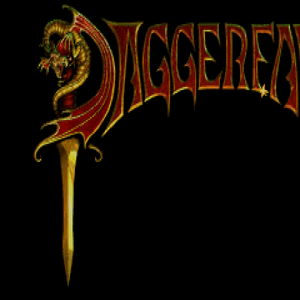 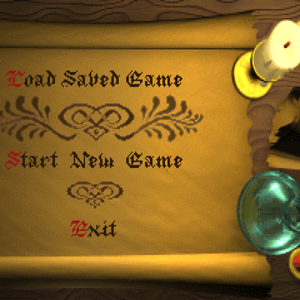 Okay so before I say anything I have to express that this is only a RUMOR and hasn’t been actually proven YET. So keep your hopes down while you’re reading and I hope I’m not late to the party by saying this.

Netflix is rumored to be making an Elder Scrolls Adaptation. Yep, Bethesda and Netflix haven’t said anything yet about it so it’s only a rumor as of now and I can’t say whether or not it’s actually happening but I really hope it does. Now that that’s said and done(If you wanna learn more, which there isn’t much, you should look it up, and no I haven’t watched any of the YouTube vids on it) I really wanna hear your guys’ hopes and opinions!

Personally I hope that the Netflix series(Should it exist) takes place through different times during the seasons. Hopefully it will follow the natural order which would be ESO, Arena, Daggerfall, Morrowind, Oblivion, and then Skyrim plus the minor games that don’t get much credit like Dawnstar and Legends and not to mention the two books based on the time before the Great War and after the Oblivion Crisis. However with that being said I honestly hope that it’s so much more than that.

My biggest hope for the Netflix Elder Scrolls series(Should it exist) is that we’ll see so much more than what we’ve seen in the games. It would be really cool if it just followed the Septim Dynasty or if it just followed from Ysgramor or Alessia and went on to the biggest heroes and famous people across the Elder Scrolls series ending at the Dragonborn, or even showing us future Protagonists as well. Either way, I have a very good feeling about the Elder Scrolls Netflix series(Should it exist)

Anyways I’d love to hear your guys’ hopes and opinions on the series if it comes to be true that Netflix will make the series. I know sometimes Netflix doesn’t do the best with certain adaptations but that’s almost exactly like expecting an Elder Scrolls or Fallout game to not have some bugs or glitches. Either way once again there’s no found proof that the series is in the making so let’s try not to get our hopes up

I just downloaded Arena and Daggerfall. Any useful tips or mods that I should know about?

Simply put, I would like a Remaster of TES I and TES II.

I would like it to remain classic and retro in design.

What I mean is that i would like enhanced visuals and sound design, while still keeping the games a 3D landscape and utilizing 2D sprite textures that are essentially .jpg images rather than pixel sprites.

It would be fun to say the least to have Bethesda touch back on it's roots and allow the original two games to be played; with the added bonus of extra content with new quests and ideas that are made available from the new years of lore development; while still keeping the games their same classic selves.

So I recently installed Daggerfall Unity (and I recommend it to anyone who has a computer) and was trying to modify it. I was wondering if anyone else has done this as of yet, and if so how they were able to get them to run.

I'm not sure if this is against the rules at all, it didn't seem to be. If it is, would someone please tell me?

Before reading this,I'm unsure if this counts as NSFW Content under rules so please let me know if it is!

So I was watching a few daggerfall videos and notice and abundance of..naked women and half naked women, now I've never played the game myself so i have no idea if it's just stupid mod or part of the game if so.. why was that ever added? That doesn't seem like the Bethesda games I know today? I was very shocked to see something like this inside an elderscrolls game.. So what I'm asking is, Was it some mod? or A part of the game?

Hey does anyone have experience in Daggerfall Unity? How far is it in development and is it already fully playable (like MainQuest, Sidequests, gameplay features, etc) ?

So I recently downloaded The Elder Scrolls 2 on Bethesda.net, and put it on my flashdrive. I did this so I could plug it into my PC when I get access to it. I researched it, and it says Daggerfall was originally released on the MS DOS. Do I need an emulator or can I just play it directly? It's a .zip if that helps.

I recently started playing The Elder scrolls 2: Daggerfall on PC and I like 3rd person and I don’t know how to switch from 1st person to 4rd or if I even can.

As you may or may not know, TES 2 Daggerfall has no less than 7 different endings. Which ending you get depends on to whom you give the Totem of Tiber Septim, the device through which they can control the Numidium. in case you don't know what that is, here's an article on it https://elderscrolls.fandom.com/wiki/Numidium.

The endings are as follows:

If you give the Totem to the Blades, they will use it to destroy the rebellious factions in the Iliac Bay and restore Imperial rule

If you give it to any of the kings of Wayrest, Daggerfall or Sentinel, they will use it to destroy the other factions in the Iliac Bay and claim the entire region for themselves.

If you give it to Gortwog, he will use it to carve out a home for the orcs and make sure that they are accepted as one of the civilized races of Tamriel.

If you give it to the King of Worms, he will absorb the Numidium's source of power and use it to ascend to godhood.

If you give it to the Underking, he will take back his life force from the Numidium and finally pass into death. according to some, he becomes a part of the god Talos after this.

Of course, in canon lore, all of these endings happen simultaneously due to a dragon break, but we're just going to ignore that for now. so, if you could only choose one of these endings, which one would you pick and why?

Personally, i'm torn between Gortwog and the Underking. Gortwog and his people have been consistently persecuted throughout history and deserve to have a home for themselves, but the Underking also deserves to have his death after being forced to live as some kind of undead creature for centuries

So I downloaded Daggerfall on my younger brother's computer and was helping him play. I started getting up to grab something (I think it was coffee) and I noticed he was taking damage. He looked around for the enemy but nothing was there. He was in a cemetery (the starting dungeons) at the time and at night. I at first guessed lycanthrope but there was none and there wasnt even a ghost so it couldn't have been one. Does anyone know what this was?

I don't know if anyone can help me, I've tried everything thing even looking online and nothing. My settings.ini file for daggerfall unity is completely missing and I don't know why. I have played the game for a while now and was going to try the smaller dungeon but can't without the file. I downloaded the game step by step and I don't know what to do

I have personally tried this and with mods and I must say it is a vast improvement over the original version. I wonder though if younger/newer players in the elder scrolls universe would be willing to try it.

So I'm restarting Daggerfall at the moment and had a few questions.

1: What race would be best for me to use?

3: What am I supposed to do after I meet with Lady Briana? I havent ever gotten past that part.

Do y'all have any tips on how to finish daggerfall without cheating? I made it as far as scourg barrow and got stuck on a mages guild quest and had to restart

How do I download Arena and Daggerfall from the TES site? I know that you have to press "download the full game" but have no idea what I need to do to after that. Any help is greatly appreciated.

I just finished Arena and it was pretty straight forward. Now I’m moving on to Daggerfall but it’s not all the same. Healing in a Arena was one click but I can’t get it to work in Daggerfall. Can anyone help me?

I've talked to Lady Brisana (I don't remember how to spell that) and I've been in the City of Daggerfall for awhile now. But I don't know what to do know. I am completely lost. Does anybody know how to advance the main questline?