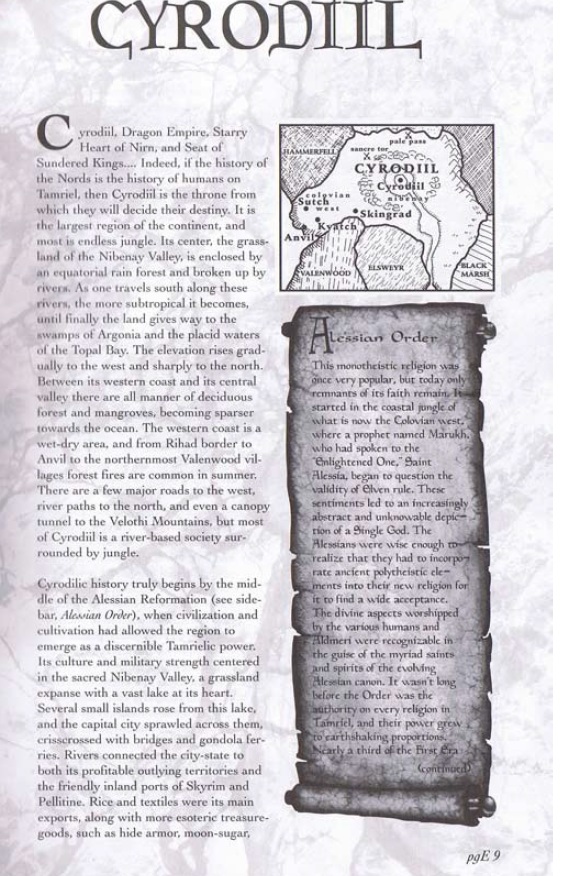 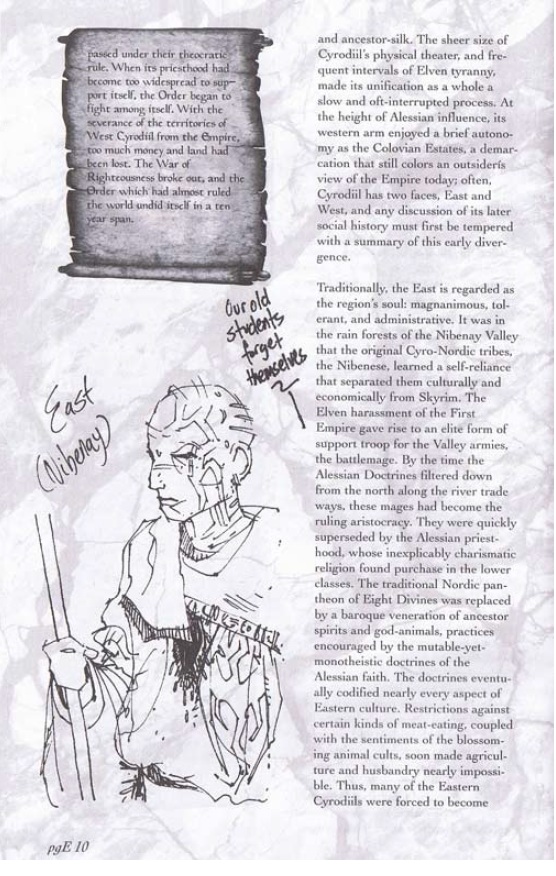 Our old students forget themselves~ 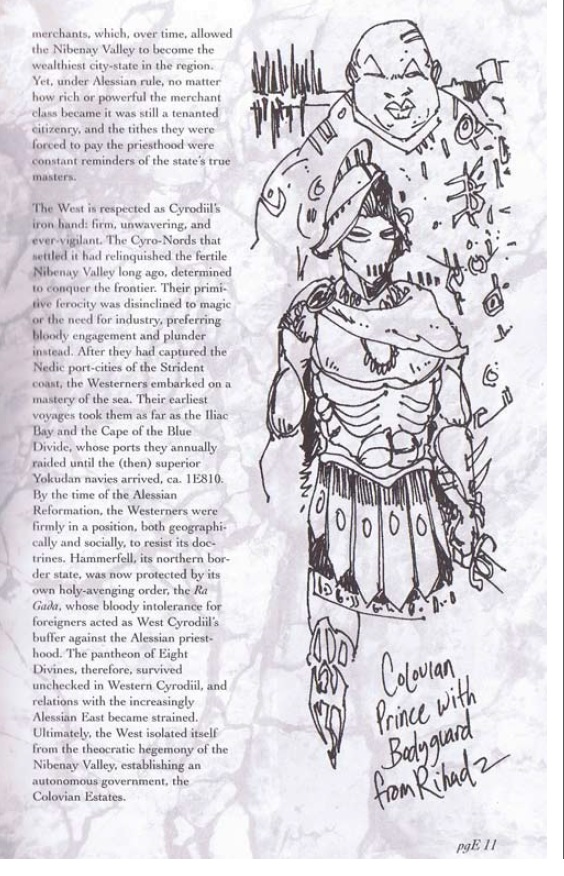 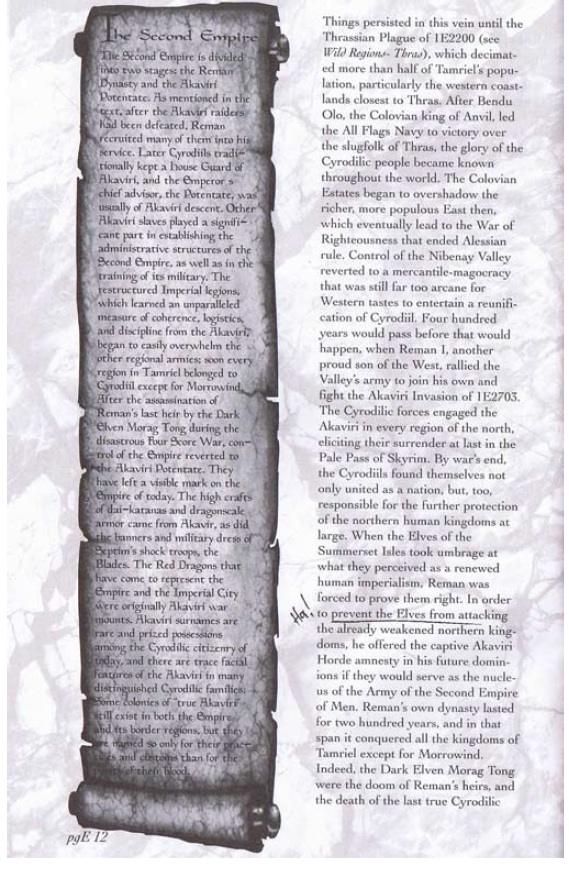 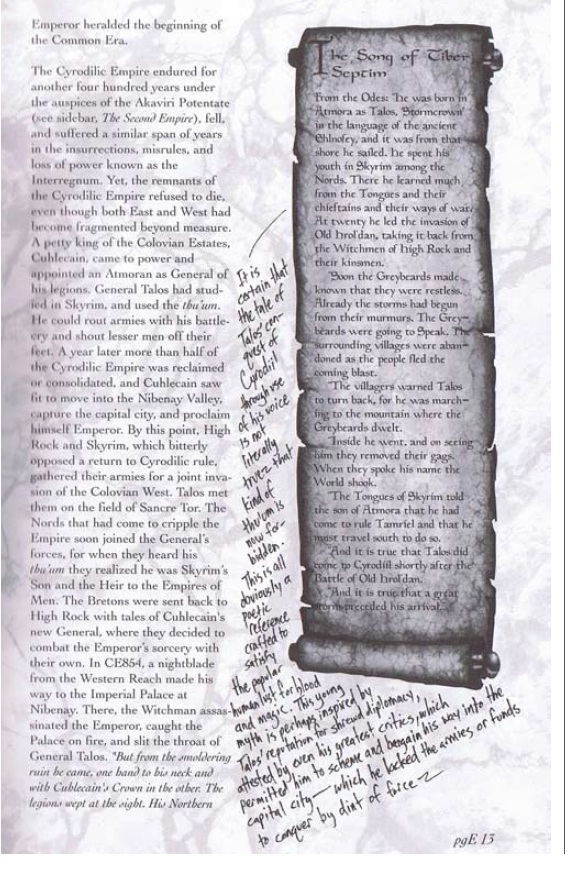 It is certain that the tale of Talos' conquest of the Cyrodiil through use of his voice is not literally true ~ that kind of thu'um is now forbidden. The is all obviously a poetic reference, crafted to satisfy the popular human lust for blood and magic. This young myth is perhaps inspired by Talos' reputation for shrewd diplomacy, attested by even his greatest critics, which permitted him to scheme and bargain his way into the capital city - which he lacked the armies or funds to conquer by dint of force~ 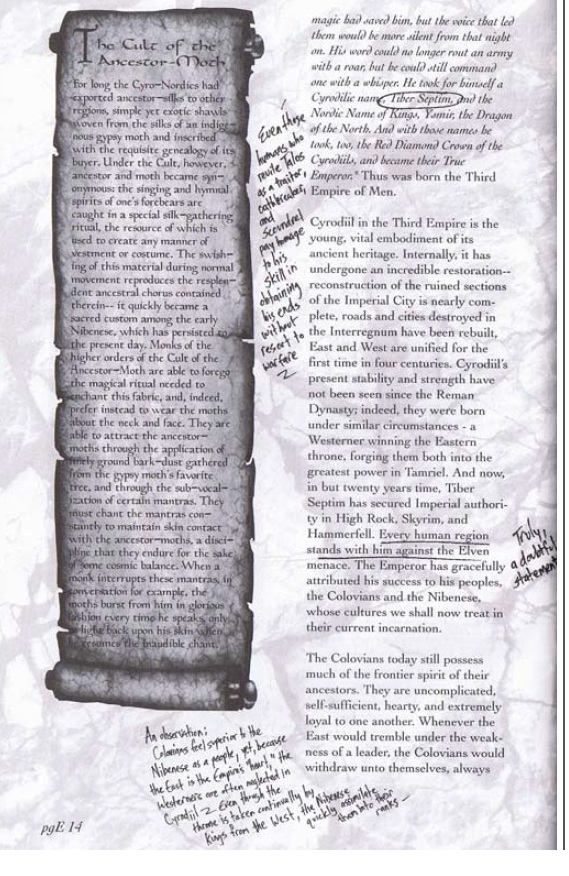 Even those humans who revile Talos as a traitor, oathbreaker, and scoundrel pay homage to his skill in obtaining his ends without resort to warfare~

An observation: Colovians feel superior to Nibenese as a people, yet, because the East is the Empire's "heart", the Westerners are often neglected in Cyrodiil ~ Even though the throne is taken continually by Kings from the West, the Nibenese quickly assimilate them into their ranks- 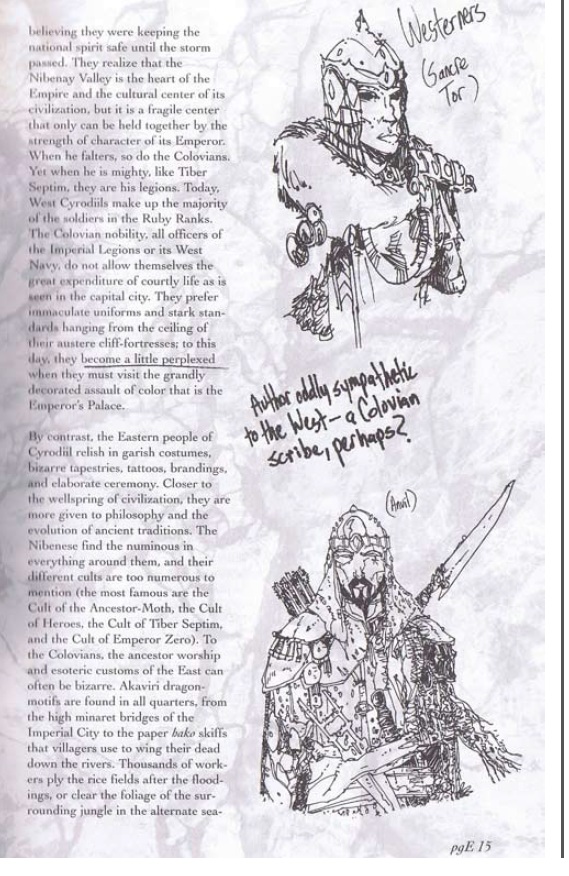 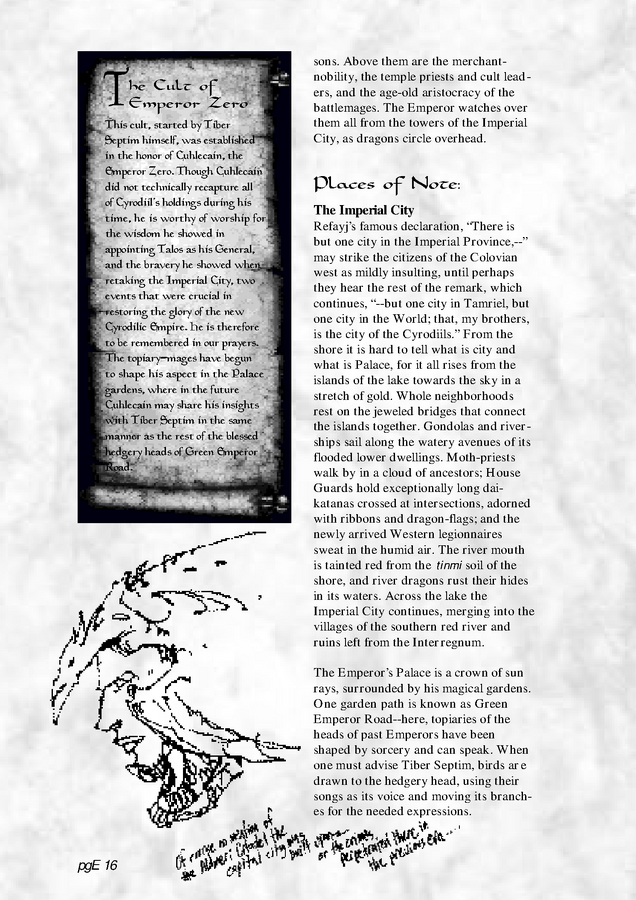 Of course no mention of the Aldmeri Citadel the capital city was built upon or the crimes perpetrated there in the previous era.