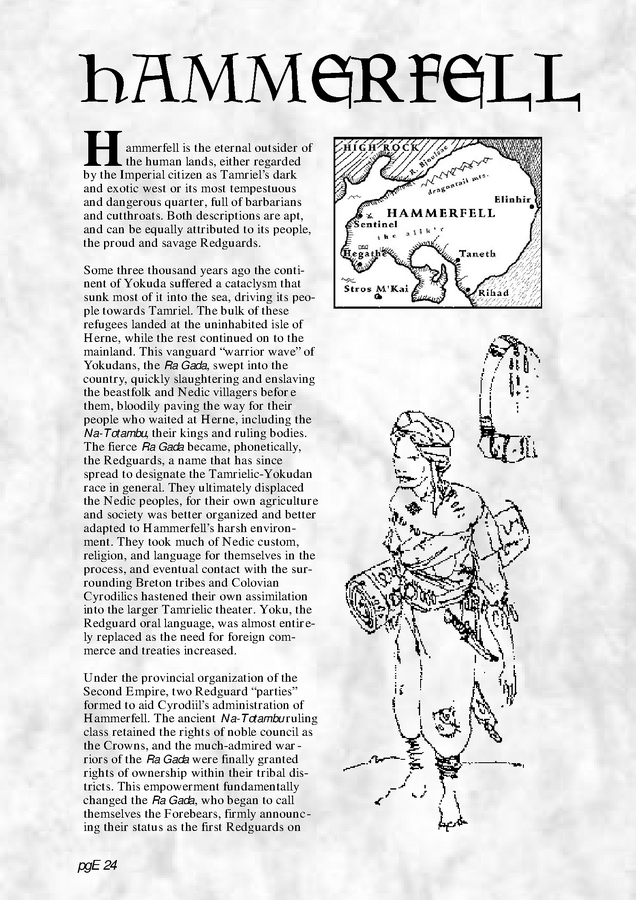 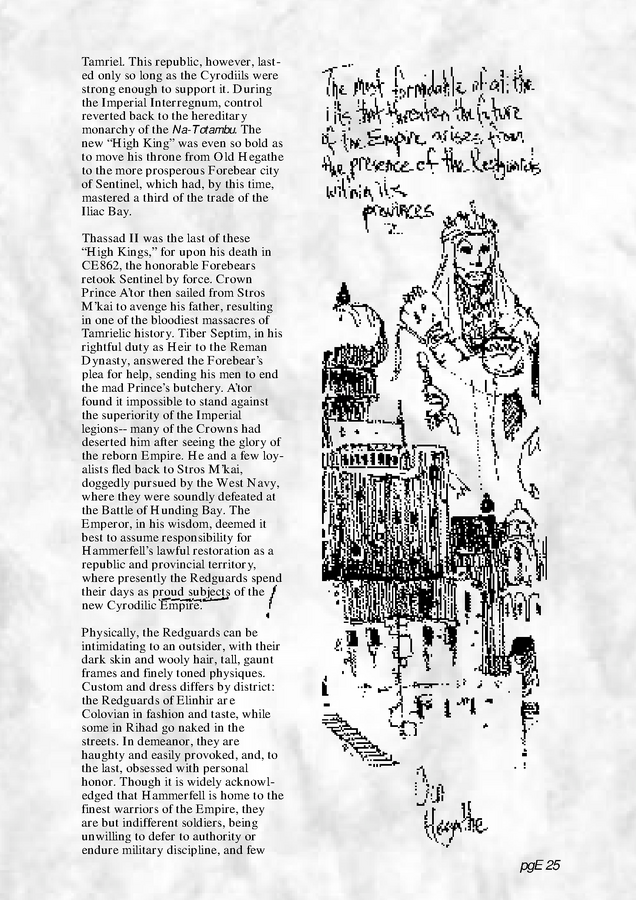 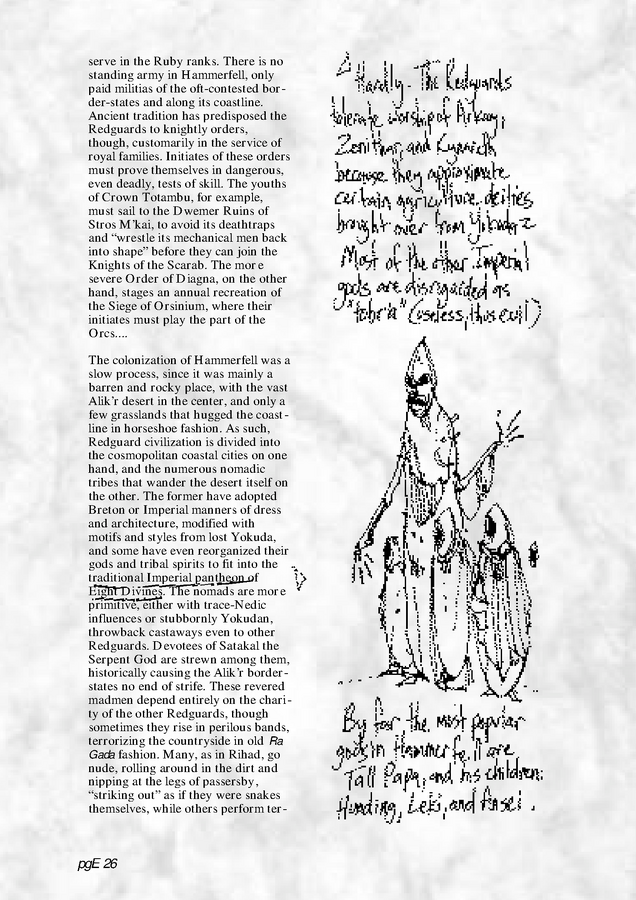 Hardly. The Redguards tolerate worship of Arkay, Zenithar and Kynareth because they approximate certain agriculture deities brought over from Yokuda ~ Most of the other Imperial gods are disregarded as tobr'a (useless, thus evil).

By far the most popular gods in Hammerfell are Tall Papa, and his children: Hunding, Leki and Ansei. 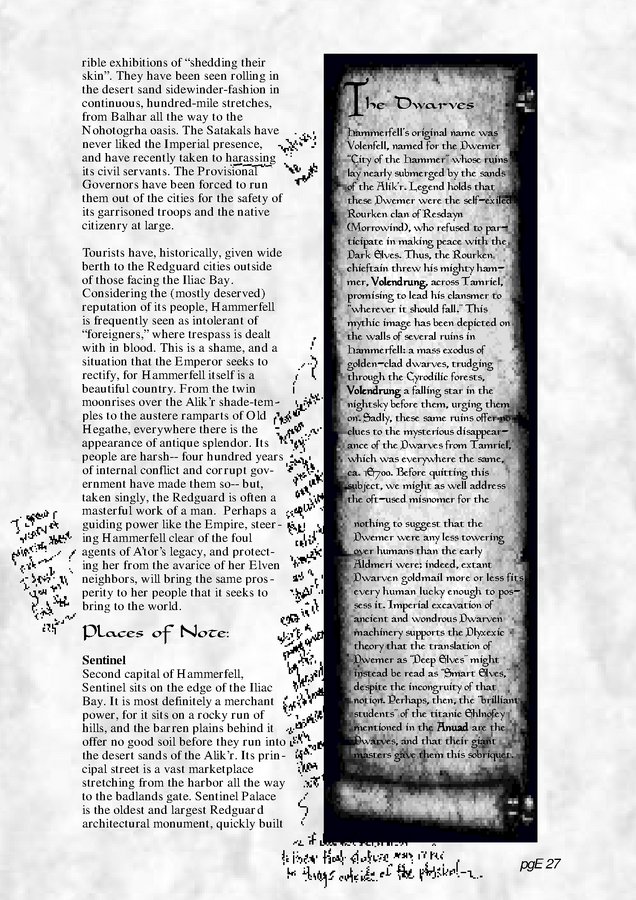 Characteristic human logic ~ Why would any self-respecting Mer refer to himself as a "dwarf", even if it were a name given by the blessed Earthbones? Obsessed with anatomy they are ~ it does not occur to them that stature may refer to things outside of the physical 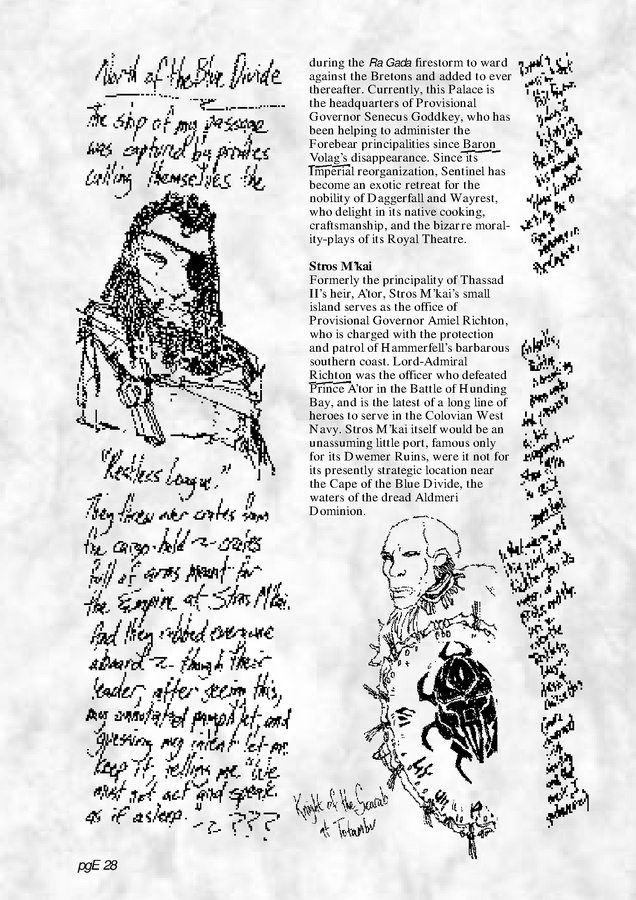 North of the Blue Divide. The ship of my passage was captured by pirates calling themselves the 'Restless League.' They threw over crates from the cargo-hold ~ crates full of arms meant for the Empire at Stros M'kai. And they robbed everyone aboard ~ though their leader, after seeing this, my annotated pamphlet, and guessing my intent let me keep it, telling me "We must not act and speak as if asleep -~ ???

Rumors persist that this Baron Volag is hiding in the hills with his personal 'blood-drinkers', waiting for a sign of weakness in the Empire.

Evidently, Richton is breaking down under the pressure of his assignment ~ Stros M'Kai is very important to the Emperor and it is vital that Richton clear its waters of pirates and the sort ~ even the 'Restless League' does not realize this (more concerned with sanctity and that mess, I gathered).