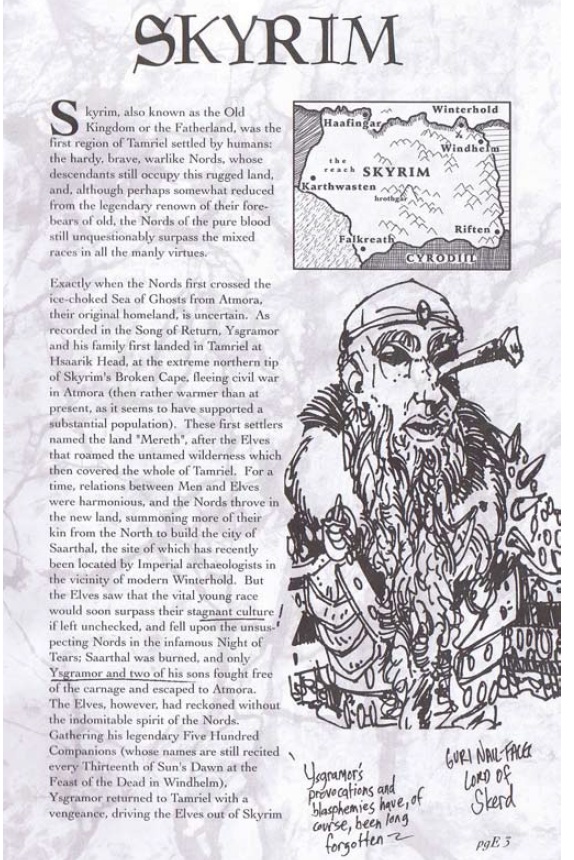 Ysgramor's provocations and blasphemies have, of course, been long forgotten~ 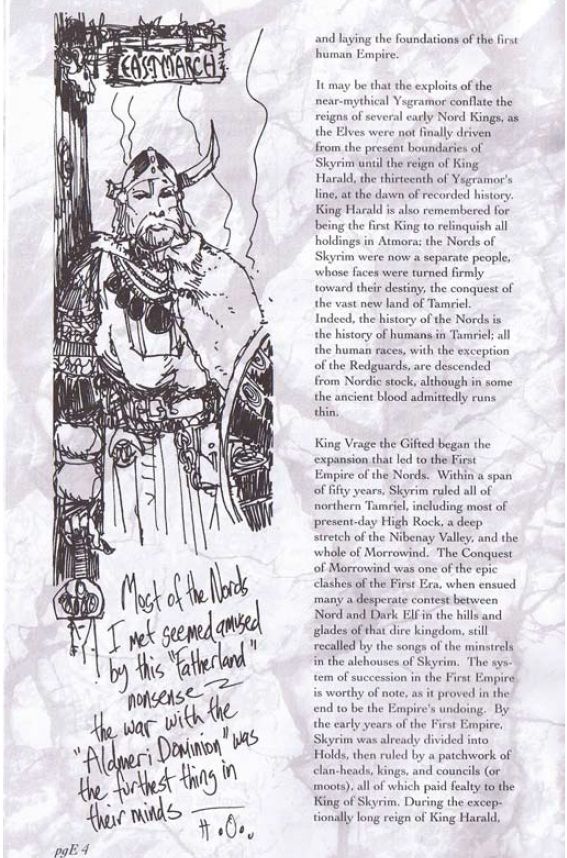 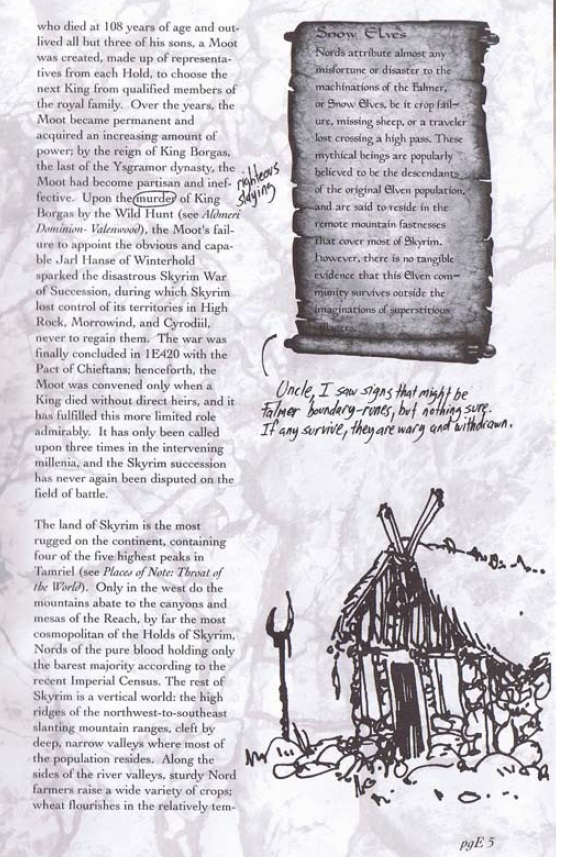 Uncle, I saw signs that might be Falmer boundary-runes, but nothing sure. If any survive, they are wary and withdrawn. 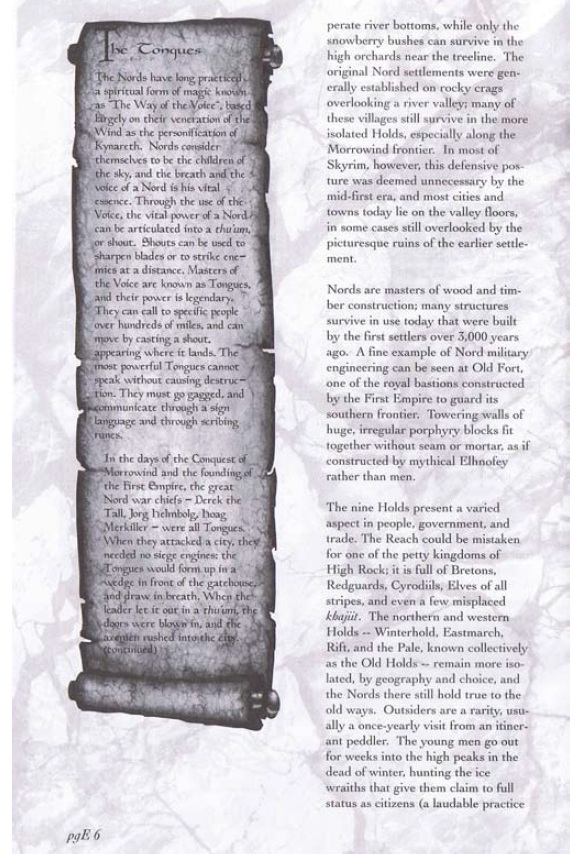 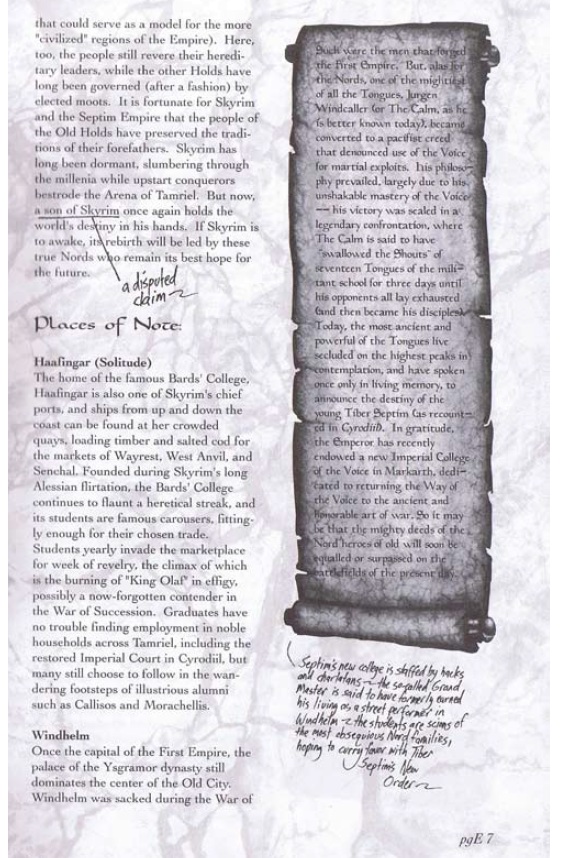 Septim's new college is staffed by hacks and charlatans ~ the so-called Grand Master is said to have formerly earned his living as a street performer in Windhelm ~ the students are scions of the most obsequious Nord families, hoping to carry favor with Tiber Septim's New Order ~ 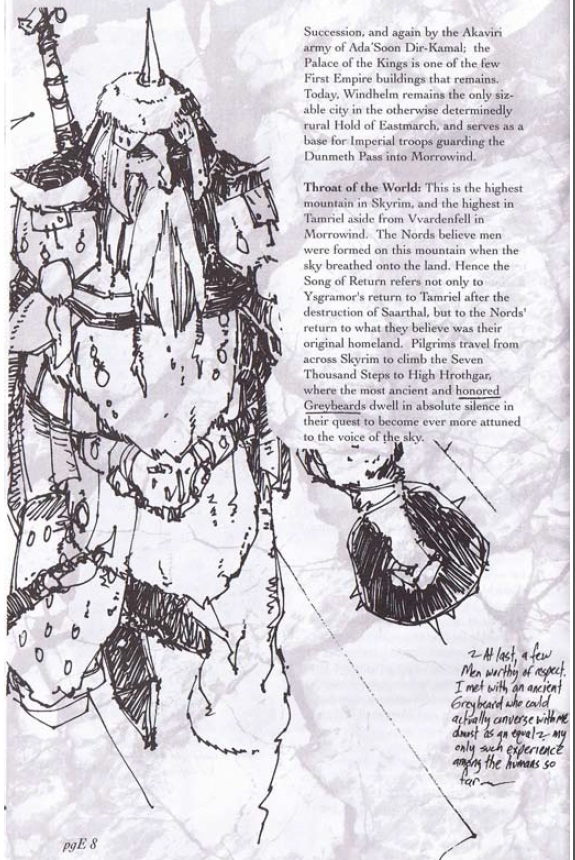 ~ At last, a few Men worthy of respect. I met with an ancient Greybeard who could actually converse with me almost as an equal ~ my only such experience among the humans so far ~