The plain is filled with the silence of stone. Nothing lives there. But in the deep hours of the night shadows flutter among the pillars and perch atop the columns with darkness wrapped about them like cloaks of concealment.

Such nights are not for the unwary stranger. Such nights the silence of stone is sometimes broken by screams. Then the shadows feast, though never do they sate the raging hunger.

For the shadows the hunt is ever poorer. Sometimes months pass before an unwise adventurer stumbles into the place of glittering stone. The hunger worsens with the years and the shadows eye the forbidden lands beyond. But they cannot go, and they cannot starve to death, much as they might wish to die. They cannot die, for they are the undead, bound by the silence of stone.

It is immortality of a sort.

I met a traveller from an antique land Who said: ‘Two vast and trunkless legs of stone Stand in the desert. Near them, on the sand, Half sunk, a shattered visage lies, whose frown, And wrinkled lip, and sneer of cold command, Tell that its sculptor well those passions read Which yet survive, stamped on these lifeless things, The hand that mocked them and the heart that fed. And on the pedestal these words appear: “My name is Ozymandias, King of Kings: Look on my works, ye Mighty, and despair!” Nothing beside remains. Round the decay Of that colossal wreck, boundless and bare The lone and level sands stretch far away.

Rode forth from Windhelm's court.

He was not afraid to die,

He was not at all afraid

To be killed in nasty ways.

He was not in the least bit scared

To be mashed into a pulp.

Or to have his eyes gouged out,

And his elbows broken.

To have his kneecaps split

And his body burned away,

And his limbs all hacked and mangled

His head smashed in

And his heart cut out

And his liver removed

And his bowls unplugged

And his nostrils raped

And his bottom burnt off

Bravely ran away away.

When danger reared it's ugly head,

He bravely turned his tail and fled.

And gallantly he chickened out.

Bravely taking ("I never did!") to his feet,

He beat a very brave retreat.

Bravest of the braaaave, Jarl Ulfric! 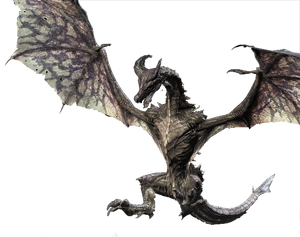