For other uses, see Aela the Huntress.

Aela the Huntress is a creature card in The Elder Scrolls: Legends that is a part of the Heroes of Skyrim expansion.

Creatures with the Beast Form keyword will all simultaneously trigger if they are all in play when an opponent's rune is broken. As such, having multiple creatures with Beast Form on the field, such as Aela the Huntress, prior to breaking a rune can have them all trigger their respective effects in a single-turn. 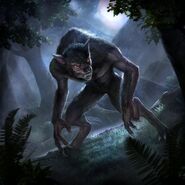 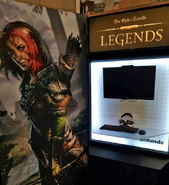 Art of Aela at a PAX East booth.[1]
Add a photo to this gallery

Retrieved from "https://elderscrolls.fandom.com/wiki/Aela_the_Huntress_(Legends)?oldid=3079131"
*Disclosure: Some of the links above are affiliate links, meaning, at no additional cost to you, Fandom will earn a commission if you click through and make a purchase. Community content is available under CC-BY-SA unless otherwise noted.