"Born in the treacherous swamps of the Black Marsh, this reptilian race is known for its natural endurance. As an Argonian, you will more quickly collect cards that reward you for playing a long game."
―Character creation screen[src]

Argonian is a race in The Elder Scrolls: Legends.

Argonians are most often found in the Agility and Endurance attributes. Their abilities typically consist of gaining Magicka faster. With abilities such as Magicka gain and Silence as well as the Lethal and Guard keywords, Argonians are well utilized in control decks. 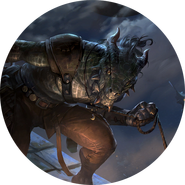 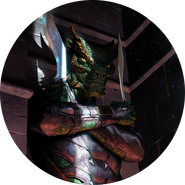 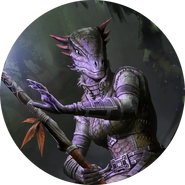 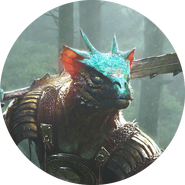 Retrieved from "https://elderscrolls.fandom.com/wiki/Argonian_(Legends)?oldid=2944712"
*Disclosure: Some of the links above are affiliate links, meaning, at no additional cost to you, Fandom will earn a commission if you click through and make a purchase. Community content is available under CC-BY-SA unless otherwise noted.