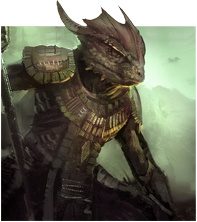 Argonians are a playable race in The Elder Scrolls Online. They are members of the Ebonheart Pact, along with the Nords, and the Dunmer, who under the terms of the Pact have had to liberate their Argonian slaves, though they are not bound to this alliance if the game is pre-ordered.

A reptilian race of lizard-folk from the dark swamps of Black Marsh, to some the Argonians seem cold and uncanny. Surviving the dangers of their homeland has made them adept with both weapons and healing magic.

Scouting and sly, the Argonians are generally peaceful in nature, however, it is widely agreed that even the Argonians have one of the darkest sides to their personality that rarely emerges to the surface. The Hist may, at times, alter their personality due to culture difference or a lethal threat of their homeland in Black Marsh.

The Argonians are possessive of a cool intellect, and are well-versed in the magical arts, stealth, and the use of blades. They are also guerrilla warfare experts, long accustomed to defending their borders from invaders. They often serve as the scouts and skirmishers for the forces of the Pact.

Argonian with a restoration staff 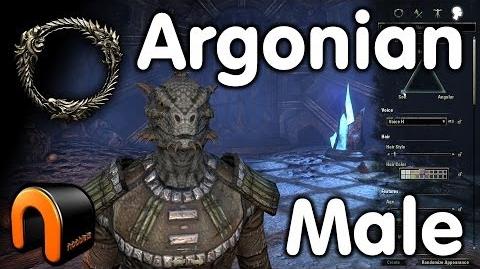 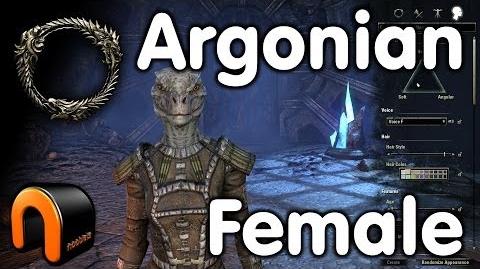 Retrieved from "https://elderscrolls.fandom.com/wiki/Argonian_(Online)?oldid=3092663"
*Disclosure: Some of the links above are affiliate links, meaning, at no additional cost to you, Fandom will earn a commission if you click through and make a purchase. Community content is available under CC-BY-SA unless otherwise noted.