"You seek meaning, shelter in Knowledge. You will not find it."
―Augur of Dunlain[src]


Augur of Dunlain is a divination artifact in The Elder Scrolls V: Skyrim, found within the Midden Dark level of The Midden at the College of Winterhold.

The man who would become the Augur of Dunlain was once a gifted student of the college. Though he was undoubtedly brilliant, he was over-zealous in his pursuit of his discipline of magic. Through unknown means, his soul became fused with the energies around the college, resulting in his current state. Since then, the Augur has been known for its wisdom, but the people of the College do not like to talk about it. The only one willing to discuss it is Tolfdir.[1]

The Dragonborn confides in the device, at the request of Quaranir, to receive aid with locating the Staff of Magnus.

Becoming a Master of Restoration brings the Dragonborn to the Augur once more, at the suggestion of Colette Marence. Seeking approval from the Augur, the Dragonborn removes all equipment and is required to survive against several ghosts that wield Destruction magic.

"There is no solace in knowing what is to come. There is no help for you here. Your perseverance will only lead you to disappointment. Still you persist? Very well, you may enter."

So you're the Augur of Dunlain? "I am that which you have been seeking. Your efforts are in vain. It has already begun. But those who have sent you have not told you what they seek. What you seek."

I was told to find you. "Indeed. And so you have come looking, though you do not know why. Like others before you, you blindly follow a path to your own destruction. The Thalmor came seeking answers as well, unaware they will be his undoing. Your path now follows his, though you will arrive too late."
And what is it I'm seeking? "You seek that which all who wield magic seek. Knowledge. You shall find this: Knowledge will corrupt. It will destroy. It will consume. You seek meaning, shelter in Knowledge. You will not find it. The Thalmor sought the same thing, and it shall lead to his end as it has so many others."

Thalmor? What Thalmor? "The one who calls himself Ancano. He seeks information about the Eye, but what he will find shall be quite different. His path will cross yours in time, but first you must find that which you need."
I'm not the first to come see you? "No, though you may be the last. The one who calls himself Ancano has sought my knowledge as well, through very different questions. Your path differs from most. You are being guided, pushed towards something. It is a good path, one untraveled by many. It is a path that can save your College. I will tell you what you need to know to follow it further."

What do I need? "You, and those aiding you, wish to know more about the Eye of Magnus. You wish to avoid the disaster of which you are not yet aware. To see through Magnus' Eye without being blinded, you require his staff. Events now spiral quickly towards the inevitable center, so you must act with haste. Take this knowledge to your Arch-Mage."

"Once again you have come seeking something. The circumstances differ. This time I have what you seek. Are you prepared?"

So... "You will rely on your skill as a mage. Not on your belongings, not on your scrolls and potions. Only what lies within. Survive, and you are worthy. This is the test put before you. Will you accept?"

I'm ready for your test. "Step into the light, and your test begins."
What kind of a test is this? "Knowledge is power. Knowing spells can be powerful, but applying that knowledge is key. You will be called upon to rely solely on your Restoration spells."

"You are worthy. The knowledge is yours." 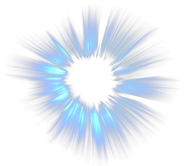 Render image.
Add a photo to this gallery

Retrieved from "https://elderscrolls.fandom.com/wiki/Augur_of_Dunlain?oldid=3161593"
*Disclosure: Some of the links above are affiliate links, meaning, at no additional cost to you, Fandom will earn a commission if you click through and make a purchase. Community content is available under CC-BY-SA unless otherwise noted.