Upon reaching level 30, Boethiah's Proving will begin spawning in various locations. Once read, Boethiah's Calling will start. Alternatively, if a Boethiah follower is killed, there will be a print of Boethiah's Proving on the corpse. Another way to start the quest is to go straight to the shrine, bypassing the first objective of finding the shrine.

This quest can begin once the Dragonborn is at least level 30. Upon reaching level 30, the book Boethiah's Proving will spawn in various locations:

After finding the book, reading it will activate the quest, and the location will appear on the map. The Dragonborn will then need to travel to the Sacellum of Boethiah. (this step can be easily bypassed simply by approaching the shrine once you have reached level 30. After reaching level 30, you may need to let a couple days pass, to ensure all the proper npcs spawn.)

After finding the Sacellum, one of Boethiah's followers (usually the priestess) will speak to the Dragonborn, asking to lead someone to sacrifice. At this time, the Blade of Sacrifice will be given to the Dragonborn. Any follower can be taken to the Pillar of Sacrifice to be killed except for essential characters. Any of the initiates from any guilds, excluding the Dark Brotherhood, as their initiates are essential, will also work. Creature followers, like the dogs or the Armored Trolls, don't work as the sacrifice needs to be a humanoid follower. The Dragonborn should bring the chosen victim to the Pillar and tell him or her to use it. The victim will become stuck to the pillar, allowing the Dragonborn to perform a sacrifice. The Blade of Sacrifice can be used, but any other weapon or means of attack will suffice.

Alternatively, one may kill all of the cultists. This will also cause Boethiah to appear, though with slightly different dialogue. If this option is taken, she still tells you to bring a thrall to the altar for sacrifice. If you go to Knifepoint Ridge without making a sacrifice, the lower portion of the mine will still be caved in. (So either way, someone has to be sacrificed to complete the mission)

Boethiah will use the sacrificed body as a conduit. The body will stand up after death and speak in Boethiah's voice. After listening to and following him downstairs (along with the rest of the cultists), the Dragonborn will be forced to fight each and every one of Boethiah's followers. However, they will also fight amongst each other, so waiting for them to kill each other and finishing the rest can reduce the difficulty of the fight; Otherwise, Boethiah's cultists are fairly difficult. After defeating them, Boethiah will use the last killed person as a conduit, saying she is bored of her current champion, who now runs his own gang at Knifepoint Ridge. She orders the Dragonborn to kill them all silently, without giving the current champion time to defend himself (it does not matter whether the Dragonborn does this silently or not).

Tips for killing the gang silently:

The Champion of Boethiah is wearing Ebony Mail, a unique cuirass that excretes poison. The poison effect does not begin until the champion notices the Dragonborn. Once he is defeated, the Ebony Mail can be looted from his body and equipped. Boethiah will speak to the Dragonborn (as an indirect objective voice; the Dragonborn will not need to return to her Shrine for this to occur) one final time, and the quest will end.

There are some alternatives to being forced to sacrifice a companion:

Upon going deeper into the game's files, one may find a broken or deleted quest objective which involves killing Jarl Elisif. This is rare, speaking with Sybille Stentor after sacrificing a follower will have her explain to you about the Jarl feeling paranoid, the Dragonborn will offer to bodyguard Jarl Elisif in her room. After that, no more interaction is available.

There was going to be another quest the Dragonborn could do for Boethiah after becoming her champion, called Boethiah's Bidding. It involved killing Jarl Elisif for the Daedric Prince. After she was killed the new Jarl of Solitude would've been Erikur. Solitude guard's dialogue support this. The quest however was unfinished, likely due to the conflict it would have with the Civil War questline. 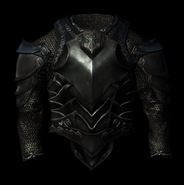 The Pillar of Sacrifice glows as the Dragonborn approaches

See more discussions >
Retrieved from "https://elderscrolls.fandom.com/wiki/Boethiah%27s_Calling?oldid=1412008"
*Disclosure: Some of the links above are affiliate links, meaning, at no additional cost to you, Fandom will earn a commission if you click through and make a purchase. Community content is available under CC-BY-SA unless otherwise noted.