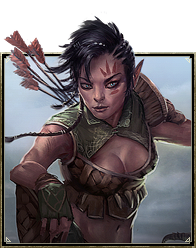 The Bosmer, or Wood Elves, are a playable race in The Elder Scrolls Online. They are members of the Aldmeri Dominion, along with the Altmer and Khajiit. However, the Vestige has no obligation to join the Dominion as a Bosmer if they pre-order the game.[1]

Nimble and quick, the Wood Elves inhabit the thick, near-impenetrable forests of Valenwood, where they are known as Bosmer. They are supreme hunters, guides, and masters in sneaking and thievery,[2] revering nature and the forest, and may be the only Elves with a sense of humor.[3]

The Wood Elves, or Bosmer, are mischievous, curious and nimble. Because their homeland of Valenwood is often attacked by the Colovian Imperials, Wood Elves are experts at the art of defense. They are also gifted archers, perhaps the best in all of Tamriel. The capital of the Aldmeri Dominion, Elden Root, lies in the heart of their homeland. It has evolved into a center of political and cultural importance and is of vital strategic importance in the battle to control Tamriel.[2]

Cheeky and clever usually extreme tacticians, as shown with even the youngest of Bosmer. They are revered as outgoing with their own kind and are 'one' with the forest and nature, as a whole. Many swear allegiance to either Queen Ayrenn, Aeradan Camoran or The Wilderqueen.

The Aldmer abandoned their home of Aldmeris and landed in their new home of Tamriel.[4] Most of these new inhabitants stayed in Summerset Isles,[5] but others ventured further to find where they belonged. The elves that ventured into Valenwood had set their eyes upon the unconstrained and lush jungle and all understood that they could not change this for them to inhabit. Instead they decided to adapt to the new surroundings. This new mer became the Bosmer also known as Wood Elves, Bolche, or Tree-Sap people. This transformation is credited by the Bosmer to Y'ffre the Forest God. In the doctrines, a pact was made to never to kill, injure, or eat any of the vegetation of this new residence as abiding appreciation. This became known as the Green Pact or the Treaty of Frond and Leaf.

First Era begins in Nordic written record when King Eplear unites the wild Bosmer and establishes the Camoran Dynasty in Valenwood.[4] This newly forged kingdom becomes an emissary between the Ayleids of Cyrodiil and Altmer of the Summerset Isles. Over time, the Ayleid territories grow increasingly independent and the White-Gold Tower eventually rises as a new autonomous state while enslaving the tribes of men that lived there.[5] Alessia, who became known as The Slave Queen, in year 242 started a rebellion to take over Cyrodiil that initiated the creation of the Alessian Empire that subsequent year when the White-Gold Tower crumbles into the hands of rebels. Some of the Ayleids embraced the change of leadership while the others who opposed the this transition sought sanctuary in Valenwood. Eventually, these Ayleids are assimilated by the Bosmer.[6] By 1E 340, Bosmer Camoran Dynasty of Valenwood commences a trade treaty with the blossoming Alessian Empire. The treaty didn't maintain long due to the influence of emerging new Alessian Doctrines[7] against all mer by the prophet Marukh. These strict teachings spread all over Tamriel eventually reaching Skyrim to convert King Borgas of Winterhold. Following his faith, the King decided to rally support in Cyrodiil for a war against the Bosmer in year 369. On his way, he was a causality in an infamous Wild Hunt. Proceeding from this act of self-defense sparked the War of Succession that lasted fifty years in Skyrim. Valenwood managed to maintain its independence until year 2714. The Cyrodilic Empire ultimately conquered the depleted Bosmer after enduring warfare and a debilitating Thrassian Plague[5] from the island of Thras. Official authority was stripped from the Camoran Dynasty but the Empire granted sovereignty to each treethane, Falinesti, Silvenar, Haven, Archen, Elden Root, and Woodhearth. This would keep them together as a unit if needed, yet separate enough not to rally against the new Empire.

The Bosmer stayed compliant citizens to the Cyrodilic Empire until its failing in year 2E 430. News spread that Potentate Savirien-Chorak and all of his heirs were massacred by the Dark Brotherhood leaving the empire without anyone to take the throne.[5] This caused civil war and insurrection all over Tamriel. As others fought for the claim of the empty throne, the Camorans attempted to repeat history by uniting Valenwood under one rule. This endeavor failed due to each treethane having developed into distinct cultures that couldn't reconcile their differences. As even brother fought brother in Valenwood, there was no protection to the coast against the Maormer of Pyandonea who used this to raid and attack Summerset Isle or Colovians to the north or Khajiits to the east.[6] For the Altmer to protect their homeland, they used an old treaty to invade and unite Valenwood under the Aldmeri Dominion in 2E 582.

The Bosmer are strict carnivores and cannibals. They eat the dead after battle, and decorate the skulls and bones of their kills everywhere.[8] Their cannibalism is a matter of ritual significance, and typically quite private within a family or tight-knit group.[9] Bosmeri beverages include Jagga, Rotmeth, and Sun's Dusk ale.[8] The Wood Elves practice rituals which magically shape the woods around them into housing, temples, and art. This is done through days of slow, rhythmic chanting, as well as fasting done prior to and during each ritual. Hacking, cutting, burning, or otherwise causing damage to Valenwood's graht-oaks is punishable by expulsion. Paper is only usable by the Bosmer when made from non-native trees.[10] 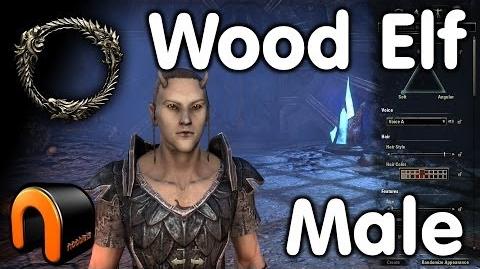 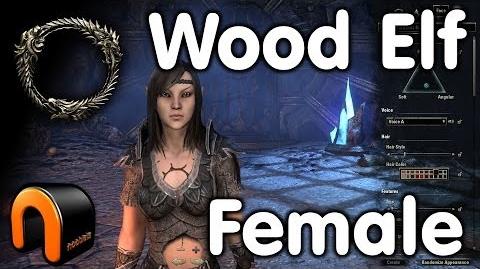 Čeština Deutsch Español Polski Русский
*Disclosure: Some of the links above are affiliate links, meaning, at no additional cost to you, Fandom will earn a commission if you click through and make a purchase. Community content is available under CC-BY-SA unless otherwise noted.
Advertisement