For other uses, see Bound Bow.

When cast, Bound Bow equips an ethereal version of the Daedric Bow and 100 ethereal Daedric Arrows for 120 seconds.

The Dragonborn shooting a bear with a Bound Bow

Bandit shot with a bound arrow.

Bound Bow being drawn back. 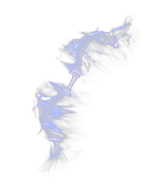 Deutsch Español Français Italiano Русский
*Disclosure: Some of the links above are affiliate links, meaning, at no additional cost to you, Fandom will earn a commission if you click through and make a purchase. Community content is available under CC-BY-SA unless otherwise noted.
Advertisement