For other uses, see Bravil.

"Yes, yes, Count of Bravil. Are you a foreigner? Do yourself a favor. Learn the basics about the places you visit. There. Problem solved."
―Count Regulus Terentius[src]


Bravil is located in southern Cyrodiil on a small peninsula at the mouth of the Larsius River as it empties into Niben Bay. From the look of the buildings and its architecture, it appears that Bravil's populace is one of the less wealthy of Cyrodiil. It also might be high in crime rate, as there is a Skooma den within the walls of the city.

Bravil is a city built quite oddly. To get from one end of the city to the other, the Hero has to cross two bridges. Also, the houses in the city are built on top of one another. The houses are generally one story, and much smaller than the houses in all other cities, except the Imperial City Waterfront.

It is known for being filthier than other cities and is home to some of the more seedy residents of Cyrodiil. There is noticeable more petty crime in Bravil, not limited to pickpockets and drunkards. There is also a good deal of skooma for any buyer nearby. The guards don't seem to notice or don't care about the strange behavior and it seems that the Count lets the residents drink skooma, albeit at their own risk.

Bravil's ruler, Count Regulus Terentius, who was once a famous tournament champion, is described as a drunkard and a "ne'er-do-well" and is looked down upon by the other city leaders in Cyrodiil.

Prior to 4E 40 Bravil and Leyawiin are independent and oppose each other.[1]

27th of Hearthfire of 4E 188 — The city of Bravil erupts into violence as a result of a war between two skooma traffickers.

Quests which start in Bravil.

The seal of Bravil.

One of two wooden bridges in Bravil.

The Lucky old Lady in front of the Chapel of Mara.

The Bravil streets at night. 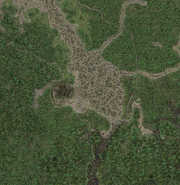 Retrieved from "https://elderscrolls.fandom.com/wiki/Bravil_(Oblivion)?oldid=3142152"
*Disclosure: Some of the links above are affiliate links, meaning, at no additional cost to you, Fandom will earn a commission if you click through and make a purchase. Community content is available under CC-BY-SA unless otherwise noted.