For other uses, see Carzog's Demise.

Carzog's Demise is a quest available in The Elder Scrolls Online. The investigations of the Bloodthorn Cult's activities have convinced Chief Tazgol that they threaten the Orcs on Betnikh. Lambur is leading the way to Carzog's Demise ruin to investigate them.

Follow Lambur to the ruins of Carzog's Demise and talk to Neramo in how to enter. The Bloodthorn cultists inside have released a spectral army that's wiping out the Orcs. Neramo tells the Vestige he has never seen such power before. The crystals around the door are activated by three Welkynd Stones in the ruins, he will deal with one of them, they must deal with the other two.

Head over to the stones to activate them. As soon as one is activated an Ayleid Spirit will appear and be hostile. But after explaining why they are there the spirit will help open up both the doors. He does mention the lack of a soul and says that loss may serve good inside, lead the way to the door and he'll help open it.

Enter the sanctuary and follow the marker further in. Lerisa is waiting and she has organized a Bloodthorn disguise once again. Equip it before going any further and the cultists will not notice.

On the way further in, heading for the inner sanctuary, one can see rituals performing by cultists. Master Kasan is also found just outside the door to the inner sanctuary. Talk to him and he'll explain that the rest of the crew are already there.

Go inside and try and pass the flame traps on the way. Leaning against a rock is Tumma-Shah, but she says she is fine, she'll be safe. Just go on as the others are waiting.

Enter the inner sanctuary and talk to Neramo. He explains he thinks Vardan died when the portal closed, the body cannot survive without the soul. The Bloodthorns created a portal to the spirit realm with this Welkynd stone, he is on the other side commanding the spirits to slaying the Orcs. He's trapped over there since we closed the portal.

The crew has strong opinions about the relic, talk to both Kaleen and Lambur before deciding what to do with it, destroy it or keep it. They have opposite opinions and depending on what decition is made, one of them will be angry.

After deciding the fate of the relic, exit the ruin and return to Betnikh to speak to Chief Tazgol. He is very keen to hear what was decided. After he receives the answer, he rewards them with the Tazgol's Ancestral Axe and a large sum of 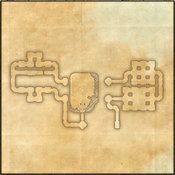 Ancestral Seamount Warriors
Add a photo to this gallery

Retrieved from "https://elderscrolls.fandom.com/wiki/Carzog%27s_Demise_(Quest)?oldid=3106237"
*Disclosure: Some of the links above are affiliate links, meaning, at no additional cost to you, Fandom will earn a commission if you click through and make a purchase. Community content is available under CC-BY-SA unless otherwise noted.