For other uses, see Chorrol.


Chorrol is a major city in Cyrodiil, located in the Great Forest, near the Hammerfell border. The city itself is heavily fortified as it serves as county seat for County Chorrol. Weynon Priory, a monastery of the Order of Talos, is located nearby. To the east is Castle Chorrol, home of Countess Arriana Valga, a widow. Countess Alessia Caro of Leyawiin is her daughter.

Chorrol is the county seat of County Chorrol, and is ruled by Countess Arriana Valga, and mother of Alessia Caro, Countess of Leyawiin. Chorrol is located in the Great Forest, near the Hammerfell border. The city itself is heavily fortified as it serves as the county seat for County Chorrol. Weynon Priory, a monastery of the Order of Talos, is located nearby. To the east is Castle Chorrol, home of the widowed Countess Arriana Valga. Countess Alessia Caro of Leyawiin is the daughter of Arriana Valga. Chorrol is the closest city to the entrance of the Imperial City. The road between the two swiftly slopes to Chorrol and travels though Fort Ash. Chorrol and Bruma are the only two cities in Cyrodiil without a major river in close proximity.

Countess Arriana is a devout follower of Akatosh. Her husband, Count Charus Valga, was a staunch Defender of the Faith and follower of Stendarr, and his death in battle against the Nord clansmen of Skyrim was greatly lamented by his people. The Countess holds court every day in the Great Hall.

There are five main districts of Chorrol. When the player enters the gate, they find themselves in Fountain Gate, before the pool and statue of the Saint of Sancre Tor, in memory of all who died in that battle. Around the fountain are the two inns, the general store and the smith. One street leads east to the castle, one north to the Great Oak Place, one west to Chapel Street and West Chorrol. Chapel Street leads west to the Chapel, past the book store, and thence to the crude shacks gathered around the well of West Chorrol. Around the Great Oak Place are the Mages Guild and the Fighters Guild, and many large houses.

The Fighters Guild members are led by Vilena Donton, and can be found around the Great Oak Place, north of the statue of the Saint of Sancre Tor, south west of the north gate.

The members of the Chorrol Mages Guild specialize in Conjuration and Destruction magics. You may purchase spells and potions here.

The proprietor of Northern Goods and Trade, Seed-Neeus, is an Argonian. It can be found directly to the left after entering the gate. The smith of Fire and Steel, Rasheda, can be found past Northern Goods and Trade. Renoit's Books is found adjacent to Fire and Steel. There are two places where the player may purchase food and lodging: The Oak and Crosier and the Gray Mare.

Quests which start in Chorrol.

Fighters Guild quests in Chorrol are given by Modryn Oreyn. 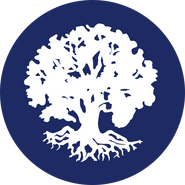 The symbol of Chorrol. 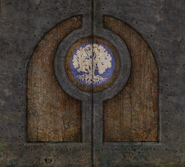 The Chorrol city gate, with Chorrol's seal depicted in the center.

Retrieved from "https://elderscrolls.fandom.com/wiki/Chorrol_(Oblivion)?oldid=3113627"
*Disclosure: Some of the links above are affiliate links, meaning, at no additional cost to you, Fandom will earn a commission if you click through and make a purchase. Community content is available under CC-BY-SA unless otherwise noted.