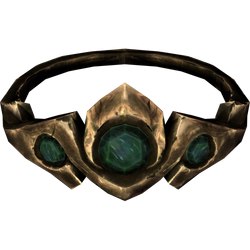 Circlets are crowns that appear in The Elder Scrolls V: Skyrim.

Circlets are made from precious metals such as silver and gold, and precious gems, such as emeralds and sapphires. While most NPCs do not wear circlets, many of the Jarls do, barring Ulfric Stormcloak and Idgrod Ravencrone, who do not wear a circlet. Circlets also vary slightly in size from each other; the Copper and Moonstone Circlet being slightly larger in size than the Copper and Onyx Circlet. 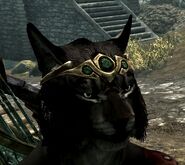 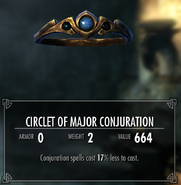 Беларуская Polski Русский
*Disclosure: Some of the links above are affiliate links, meaning, at no additional cost to you, Fandom will earn a commission if you click through and make a purchase. Community content is available under CC-BY-SA unless otherwise noted.
Advertisement