View source
watch 02:30
Dead Cells Final DLC - The Loop
Do you like this video?
Play Sound

For other uses, see Winterhold.

"Magic is a true power, not something to be shunned by commoners or treated as an amusing diversion by politicians. It shapes worlds, creates and destroys life... It deserves proper respect and study. The College is a place where we can focus on that, without the pressures of the world weighing down on us."
―Arch-Mage Savos Aren[src]

The College of Winterhold is a school of magic located in the northern cliffs of Winterhold in the province of Skyrim. The school is known to be the center of Magicka study in Skyrim and it was created by Arch-Mage Shalidor for this purpose only.

The College of Winterhold is located atop of a tall ice formation that is not connected to the city of Winterhold. The only way to reach the school is an ancient bridge that connects from the mainland, on the western end of town. The College is centered around a square with a pool of Magicka streaming out into a pillar and large statue of a young Shalidor. The main hall is called the Hall of the Elements, where many students practice their skills whether it is a Fireball spell or a Lesser Ward spell. Above the Hall is The Arcanaeum, a vast collection of books that date back to the Merethic Era and have information on the mystical Elder Scrolls. The Hall of Countenance and the Hall of Attainment are where the students and teachers live respectively. Underneath the College is the Midden, a dungeon where many members go to perform experiments.[1]

Papers kept in the College's library reportedly date back to the late Second Era.[2] Serana in the Dawnguard add-on corroborates this date, recalling that the College existed when she was entombed between the Reman and Septim empires.[3][UL 1] Additionally, documents from as early as 2E 373 suggest academic collaboration between the Reman Empire and the College.[4] However, Mirabelle Ervine states in her tour of the grounds that the College has been a "fixture" of Skyrim for thousands of years,[5] its inception being credited to Arch-Mage Shalidor in the First Era.[6]

During the Oblivion Crisis in 3E 433, the city of Winterhold was flourishing with a new renaissance of power and wealth. Several refugees from Morrowind travel to Winterhold and bring their culture into the city as well as their old mercantile spirit. Scholars from all over Tamriel went to the College of Winterhold to bring books since the Ysmir Collective was established in the College. It became the academic cornerstone in Northern Tamriel.[7]

During the Dragon Crisis in 4E 201, the Arch-Mage of the College was Savos Aren, and the Master Wizard was Mirabelle Ervine. Members of the College led by Tolfdir traveled to the ancient city of Saarthal to study the Atmoran architecture. Deep within Saarthal was a device called the Eye of Magnus, it had the ability to disperse large quantities of Magicka and was considered very powerful and dangerous. To quell the dangers it poses, an aspiring student of the College traveled to the vast ruins of the Labyrinthian to find the Staff of Magnus after an adventure in Mzulft. Ancano, an agent of the Thalmor was tampering with the Eye of Magnus and caused a magical explosion on the campus, including the ruined city of Winterhold. After dealing with the threat in the city, the student used the Staff of Magnus and weakened Ancano. They eventually defeated him and saved the college. That student was then promoted to the rank of Arch-Mage and Tolfdir was made the new Master Wizard of Winterhold.[11][12][13][14][15] 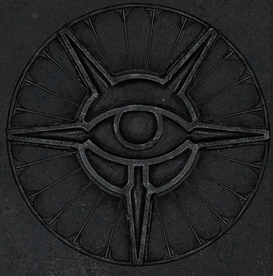 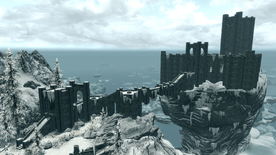 College of Winterhold in Skyrim.

Notice: The following are unlicensed references. They are not copyrighted by a ZeniMax Media company, but can still be considered part of The Elder Scrolls lore and are included for completeness.
Español
*Disclosure: Some of the links above are affiliate links, meaning, at no additional cost to you, Fandom will earn a commission if you click through and make a purchase. Community content is available under CC-BY-SA unless otherwise noted.
Advertisement