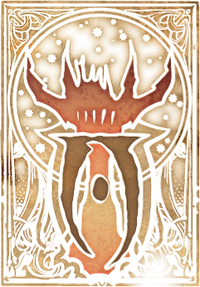 After sustaining three attacks, conjured beings turn hostile toward their summoner. If they attack an innocent, the crime reflects back on the summoner, potentially forcing them to pay fines or do jail time.

Typically, the skill belongs to mage-based classes such as Witchhunter, Sorcerer, Battlemage, and pure mage. Because these mage classes (with the exception of Sorcerer, which does have heavy armor) rely upon Alteration's shield spell or Light Armor to deflect physical blows, conjuration allows the summoning of creatures which can distract foes from attacking the mage, while dealing small amounts of additional damage. Bretons do not racially gain a bonus to Destruction magic, meaning their fire, frost, and shock spells noticeably weaker than those of Dunmer and Altmer mages; their boosts to Conjuration help compensate that weakness.

The easiest method to level up the skill is to buy the Bound Dagger spell and make a new spell in the Arcane University with Bound Dagger and Dispel on self as it's effects, You can then repeatedly cast this spell by holding the cast button.