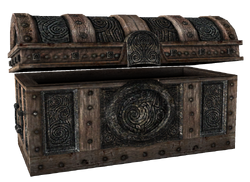 A Legend of Zelda style Chest appears at the top of "Throat of the World" or by using the Amiibo only on the Nintendo Switch edition.

Usually found in The Hall of the Dead or tombs. They are most often empty, however the ones with contents commonly contain clothing, armor, gold, jewelry, skulls and other miscellaneous items. 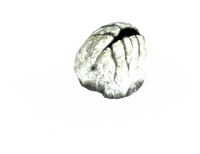 These are found in almost all houses. They typically contain items of clothing, or sometimes food or gold. End Tables can only have items placed on or in them with a Physics Carry. 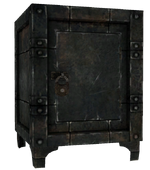 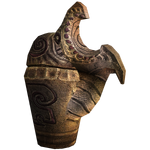 Do Not Delete chests can be stacked in the air in a manner similar to the paintbrushes of The Elder Scrolls IV: Oblivion.

Deutsch
*Disclosure: Some of the links above are affiliate links, meaning, at no additional cost to you, Fandom will earn a commission if you click through and make a purchase. Community content is available under CC-BY-SA unless otherwise noted.
Advertisement