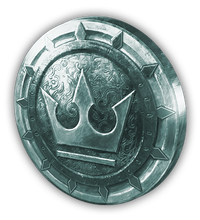 For the faction, see The Crowns.

Crown packs can be purchased from the official ESO account store for PC/Mac, the Xbox Live Store for Xbox One, and Playstation Store for PS4, all with real-world money. Prices vary by currency and the amount of crowns in the pack:

Other methods of obtaining CrownsEdit

Promotional image
Add a photo to this gallery

Retrieved from "https://elderscrolls.fandom.com/wiki/Crowns?oldid=2970485"
Community content is available under CC-BY-SA unless otherwise noted.