View source
watch 02:46
The Quarry - The Loop
Do you like this video?
Play Sound

A high Sneak skill is recommended before joining the Dark Brotherhood. Jobs done for them often require stealth, to kill an enemy without being detected. A very useful perk for this is either Assassin's Blade or Backstab . To get this, the Dragonborn must have level 50 Sneak (along with the other perks leading up to it). It will allow successful sneak attacks with daggers to do 15 times normal damage.

Using stealth, however, is not the only way to assassinate a target without being noticed or given a bounty. One can use both Destruction and Illusion magic to take down targets. To do this, one has to have the Quiet Casting perk, and at least a Firebolt/Lightning Bolt/Ice Spike spell in the Destruction school. With these requirements, while in stealth mode, one can fire a spell at a target to kill them, without receiving a bounty. An alternative way for mages to use magic to kill a target, is, while in stealth mode, cast a Fury spell at one's target in a public place; this way, characters in-game will kill the target and thus no bounty will be received. Also, if the Dragonborn is a werewolf, they can transform, putting themselves into an unidentifiable state; this way, they can kill their target without getting a bounty, but they must transform without being noticed.

Joining or destroying the Brotherhood 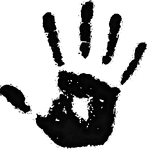 Gabriella, a member of the Brotherhood. 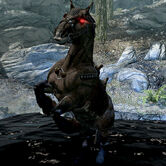 Astrid, Mistress of the Falkreath Sanctuary.

Deutsch Español Suomi Français Italiano 日本語 Polski Русский Українська
*Disclosure: Some of the links above are affiliate links, meaning, at no additional cost to you, Fandom will earn a commission if you click through and make a purchase. Community content is available under CC-BY-SA unless otherwise noted.
Advertisement