"Davon's Watch is crazy looking. The buildings are huge and strange. They all look like churches, with spires and arches and such."
―Nicolene[src]

Davon's Watch, Darnim Watch, or Darvonis Watch is a large port city occupied by the Great House Indoril. Davon's Watch is one of the largest cities in all of Morrowind including Vivec City and Mournhold.

Davon's Watch is one of the largest cities located along the Inner Sea compared to cities such as Blacklight, Ebonheart, Vivec City, and Firewatch. Its architecture share similarities with the city of Mournhold, possibly because both cities are House Indoril owned. Davon's Watch is located in the Daen Seeth region of Stonefalls and right next to the Ash Mountain volcano. Davon's Watch has two entrances on the southern end of the city. The southern end of the city has the Market District on the west and the Artisans' Row on the east.

Central Davon's Watch has the local Mages Guild, Inn, and Bank located here. Its northern district is where the residents in Davon's Watch live on top of the Daen Seeth bluffs overlooking the Inner Sea and Vvardenfell in the distance. The center of politics in the Watch is Indoril Manor located near the port. Davon's Watch ports are located on the northern shores.

In 2E 582, the Daggerfall Covenant had conquered Bleakrock Isle and assaulted the Bal Foyen reserve to gain a foothold in Ebonheart Pact territory for an imminent invasion. Their first big attack was the Siege of Davon's Watch which left the people of the Watch on high alert. The Covenant warships destroyed the residential district to the north, and they would raid trading ships coming into the Stonefalls coastline. Holgunn One-Eye and Tanval Indoril lead the defense in Davon's Watch, but the Covenant Armada was too powerful to handle. Tanval resurrected Balreth of the Brothers of Strife to destroy the Armada. After obliterating the Armada, Balreth rampaged across the Stonefalls countryside until he was put to rest atop the Ash Mountain.[2][3][4]

During the Imperial Simulacrum, the Darnim Watch township existed in Morrowind under the leadership of House Indoril in between the towns of Eagle Moor and Dragon Glade. At one point, the Eternal Champion had visited the town on their quest for a piece of the Staff of Chaos to defeat Jagar Tharn at the Imperial Palace. 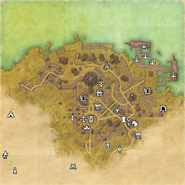 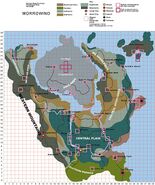 Darvonis Watch in the Morrowind Concept Map.
Add a photo to this gallery

Retrieved from "https://elderscrolls.fandom.com/wiki/Davon%27s_Watch?oldid=2703041"
*Disclosure: Some of the links above are affiliate links, meaning, at no additional cost to you, Fandom will earn a commission if you click through and make a purchase. Community content is available under CC-BY-SA unless otherwise noted.