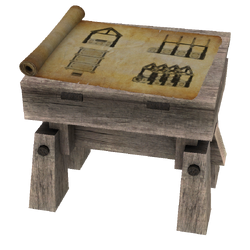 A Drafting Table is a crafting station that can be used to create plans for a homesteads. These plans can then be realized by using a carpenter's workbench to create parts of the house.