Epic
''Summon' and Last Gasp: Draw a card and reduce its cost by 2.'

Eclipse Baroness is a creature card in The Elder Scrolls: Legends that is a part of The Fall of the Dark Brotherhood expansion.

Three cards are given in Chapter 5 of Dark Brotherhood expansion, after that it can be created with gems. 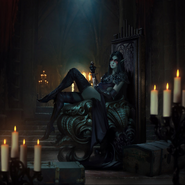 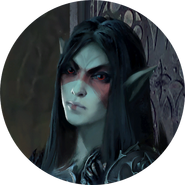 Retrieved from "https://elderscrolls.fandom.com/wiki/Eclipse_Baroness?oldid=2754723"
*Disclosure: Some of the links above are affiliate links, meaning, at no additional cost to you, Fandom will earn a commission if you click through and make a purchase. Community content is available under CC-BY-SA unless otherwise noted.