For other uses, see Elsweyr.
For the expansion pack, see The Elder Scrolls Online: Elsweyr.

Elsweyr is a province in The Elder Scrolls Online. It is under control of the Aldmeri Dominion, led by Queen Ayrenn, and is the homeland of the Khajiit. In the northern deserts of Elsweyr, the nomadic tribes are ruled by tribal chiefs while southern Elsweyr with its merchants, farms, and arts has a long-established Khajiiti nobility. The Mane, who is the Khajiiti spiritual leader, combines these two ways of life into one culture.

Most of Elsweyr is currently in the grip of the Knahaten Flu. 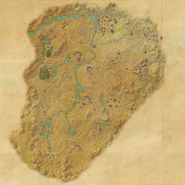 Eastern Reaper's March is a part of Elsweyr. 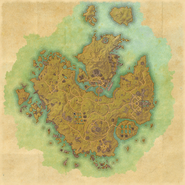 Retrieved from "https://elderscrolls.fandom.com/wiki/Elsweyr_(Online)?oldid=3154635"
*Disclosure: Some of the links above are affiliate links, meaning, at no additional cost to you, Fandom will earn a commission if you click through and make a purchase. Community content is available under CC-BY-SA unless otherwise noted.