For other uses, see Emperor's Robe.

Emperor's Robes are a semi-unique set of noble clothes worn by the leader of the Empire circa 4E 201, Emperor Titus Mede II.

The main body of the robes are blue, with a prominent red and gold pattern running down the front. In the center of the pattern is the Imperial symbol. 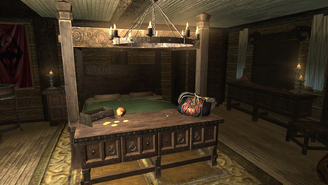 The Emperor's Robes in his room aboard the Katariah 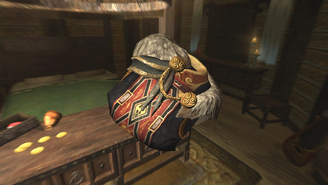 Retrieved from "https://elderscrolls.fandom.com/wiki/Emperor%27s_Robes_(Skyrim)?oldid=3056544"
*Disclosure: Some of the links above are affiliate links, meaning, at no additional cost to you, Fandom will earn a commission if you click through and make a purchase. Community content is available under CC-BY-SA unless otherwise noted.