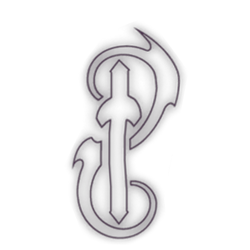 For other uses, see Enchanting.

The act of enchanting requires an item with no existing enchantments, a filled soul gem, knowledge of an enchantment, and the use of an arcane enchanter. The Law of the Firsts states that once an item is enchanted, it can not be enchanted again and can not accept another enchantment.[1] There are certain items that can be enchanted even though they already have an enchantment. These include the Amulet of the Gargoyle (in Dawnguard), Horksbane (from Dragonborn), the Silver Sword, Silver Greatsword, Wuuthrad, and the Longhammer.

To enchant an object, have that object and a filled soul gem in inventory and then activate an Arcane Enchanter. The enchanting menu will appear, with four tabs. The first tab is the Disenchant screen which lists all of the disenchantable objects the Dragonborn has in inventory. Selecting objects here will destroy them and add their enchantment to the Dragonborn's list of known enchantments. Objects with already known enchantments are greyed out. The next tab lists objects capable of being enchanted. Select the desired object here. The next tab lists the known enchantments, select the desired one, or if the Extra Effect perk has been obtained, two may be selected. Note that any numerical bonuses listed in this tab are the maximum, as if a grand soul was used. On the last tab, select a filled soul gem from the list. If a lesser gem is selected, the corresponding lesser bonus will be displayed. Press the Craft key to create the enchanted item.

Arcane Enchanters can be found in all major cities, typically in the Jarl's Palace or Longhouse, in the court wizard's quarters. They are also found in many locations that feature humanoid, magic-using enemies such as Necromancers, Vampires, and Mages. Most houses which the Dragonborn can buy, with the exception of Breezehome in Whiterun, can be equipped with an arcane enchanter. There is even one in Sinderion's Field Laboratory in Blackreach. Court Wizards can sell the Dragonborn enchanted items, as well as soul gems, and likewise, the Dragonborn can sell enchanted items and soul gems to them. There is no Court Wizard in Falkreath or Winterhold.

Altmer, Imperial, and Orsimer characters gain a + 5 bonus to enchanting at the start of the game.

Enchantments fall into two categories based on type of item:

It should be noted that some enchantments such as Banish Daedra, Fortify Destruction, Paralyze, Fortify Sneak and Absorb Health produce remarkably more valuable enchantments which can be turned around and sold to buy soul gems and other raw materials to accelerate the leveling process. However, the skill increase gained from the act of enchanting itself is strictly dependent on the size of the soul used and not on the enchanting effect chosen.

Also note that obtaining either Azura's Star or The Black Star will save a lot of money on buying soul gems to enchant with and can be substituted for any use of a soul gem below.

Books that raise the Enchanting skill:

The following are enchanting perks that become available to select as the skill is leveled up.

In addition to perks increasing enchanting powers, leveling Enchanting increases them. For every 10 levels, enchantments will be 1% stronger.

Perks from other trees[]

The following perks from other trees affect weapon enchantments. Note that while there are weapon effects from the Alteration and Conjuration schools, there are no relevant perks that enhance effects from those schools.

There are 18 weapon enchantments available. The enchantments wear out after successive use, and to keep the enchantment in effect, it has to be "refilled" by using soul gems to add more uses. The larger the soul used, the more uses given via recharging.

There is an alternative that is the exploit of the use of Fortify Restoration potions, which improves several status, including Fortify Enchanting. Also, there is an added ability called Seeker of Sorcery from the Dragonborn DLC which makes enchanting 10% more effective. The ability can be gained at the completion of the quest "Black Book: The Sallow Regent." It goes very well with Ahzidal's Armor set, as it increases skill in Enchanting by 10. 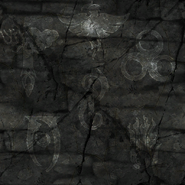 Deutsch Español Français Italiano Polski Português Русский
*Disclosure: Some of the links above are affiliate links, meaning, at no additional cost to you, Fandom will earn a commission if you click through and make a purchase. Community content is available under CC-BY-SA unless otherwise noted.
Advertisement