A fiery explosion for 40 points of damage in a 15 foot radius. Targets on fire take extra damage.

For other uses, see Fireball.

Fireball is an Adept level Destruction spell in The Elder Scrolls V: Skyrim. Casting it shoots a somewhat-fast traveling ball of fire that explodes upon impact and deals 40–132 points of fire damage in a fifteen-foot radius. Fireball can set enemies on fire, resulting in additional damage over time, and if it hits an already burning enemy it deals extra damage. 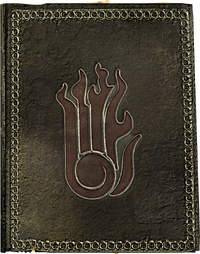