For other uses, see Glenumbra.

Glenumbra, also called Glenumbria,[1] is the westernmost zone of High Rock, home to the famed city-state of Daggerfall, Glenumbra's capital, which stands proud in this landscape of rugged woods and fetid swamps. From the center to the south of Glenumbra, one can find lush countryside and verdant forests, whilst disgusting, fetid marshes exist in the eastern regions north of Aldcroft.[2][3][4]

"Glenumbra, the westernmost region of High Rock, contains the city-states of Daggerfall and Camlorn, the great cemetary of Cath Bedraud, and the wild areas of Hag Fen, Glenumbra Moors, and the forests of Daenia."
―Loading screen[src]

Werewolves have been sighted increasingly more in the woods and are a menace to the locals. Recently, Glenumbra has become increasingly threatened with the growing lycanthrope threat caused by the Bloodthorn cultists under the leadership of the necromancer Angof the Gravesinger, who occupies the Breton crypt of Cath Bedraud,[5] and Faolchu, a werewolf resurrected by Angof from the time of the Battle of Glenumbra Moors.[1][6]

The following are locations accessible in Glenumbra and, with the exception of unmarked locations, are discoverable on the map. Points of Interest serve as locations with unique side quests, while cities serve as the centralised areas with multiple sublocations and act as a hub for services and merchants. Explanations of the types of locations are provided in the main locations page.

Sixteen Skyshards can be found in Glenumbra totalling in five skill points with one left over. The zone guide provides clues as to the location of each Skyshard, but many can be found simply by exploring and watching for the distinctive pillar of light they emit.

Thirty-two books that are a part of Shalidor's Library can be found in Glenumbra and added to the collection. Books that have already been found in other zones will already be marked as completed in the zone tracker. 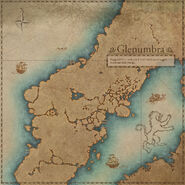 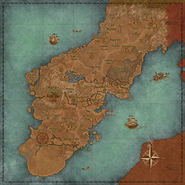 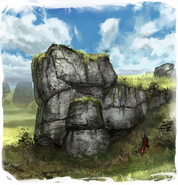 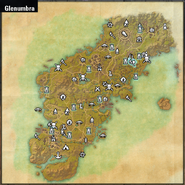 Glenumbra map with all locations.

Dansk Deutsch Español Français Polski Русский Svenska
*Disclosure: Some of the links above are affiliate links, meaning, at no additional cost to you, Fandom will earn a commission if you click through and make a purchase. Community content is available under CC-BY-SA unless otherwise noted.
Advertisement