For other uses, see Halls of Torment.

Halls of Torment is a quest available in The Elder Scrolls Online. The Vestige needs to rescue the final member of the Five Companions, Sai Sahan. The Prophet and Abnur Tharn were finally able to deduce that he is in the Halls of Torment.

Varen Aquilarios and Abnur Tharn have found the location of Sai Sahan within the Halls of Torment. I am to venture into these halls and save the final, missing companion.

The quest is the same for all alliances. However, the closest city will change based on the chosen faction.

After Lyris' and Abnur's "disagreement" in the previous quest, The Prophet thinks that only one of them should go with the Vestige.

According to Tharn, the first room is about Sahan's failures, and the second is about his desires. Tharn thinks Sahan has a secret crush on Lyris. The Vestige guesses that Lyris represents the Duchess of Anguish.

In the final room, they must defeat Sai's torturers, including three doppelgangers of Varen. They fall over in one hit, but the main boss is the Duchess of Anguish.

Sai Sahan is freed and reveals the location of the Amulet of Kings—the ruins of Sancre Tor. 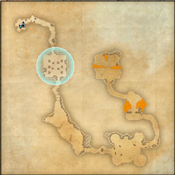 Retrieved from "https://elderscrolls.fandom.com/wiki/Halls_of_Torment_(Quest)?oldid=3072863"
*Disclosure: Some of the links above are affiliate links, meaning, at no additional cost to you, Fandom will earn a commission if you click through and make a purchase. Community content is available under CC-BY-SA unless otherwise noted.