"In each of you resides the Divine Spark, and thus the record of thy actions stands as a sacred duty. Keep therefore, each and every one of you, an Oghma. an everscriven scroll which shall memorialize thy brief lives. Thus in at least this way shalt thy Spark be immortal.” —Xarxes Himself"
―Illumination Academy Stacks Loading Screen[src]

Illumination Academy is a location that appears in The Elder Scrolls Online: Summerset.

Most of the characters that can be interacted will change their quotes and location after the quest. 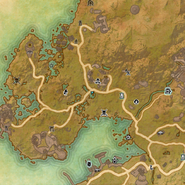 Captain Wereshark's ship
Add a photo to this gallery

Retrieved from "https://elderscrolls.fandom.com/wiki/Illumination_Academy?oldid=3040503"
*Disclosure: Some of the links above are affiliate links, meaning, at no additional cost to you, Fandom will earn a commission if you click through and make a purchase. Community content is available under CC-BY-SA unless otherwise noted.