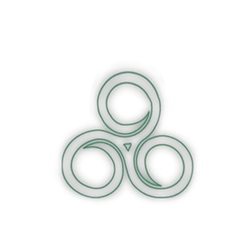 For other uses, see Illusion.

"You're the one that casts those illusions. Impressive."
―Hold Guard[src]

Illusion can be advanced by casting spells governed by the school, by reading books associated with the topic, performing certain quests or services for others, or by employing a teacher proficient in the field such as Drevis Neloren, a professor of Illusion at the College of Winterhold. Illusion is used to avoid confrontations with law enforcement or hostile beings, evade battles, and also buy time in battle for further maneuvering. This magic group is more commonly used by the stealthy characters in Skyrim.

Light (Magelight and Candlelight) and Paralyze have been moved to the Alteration school. Command Daedra is now the only command type spell and is in the conjuration school. Fear has replaced Demoralize but both have the same effect.

Nighteye is now only a racial power of the Khajiit.

The Daedric artifact Oghma Infinium raises Illusion and all other magicka-based skills by 5, if the "path of the Mage" is taken.

The following is a complete list of Illusion spells:

Altmer start the game with Fury.