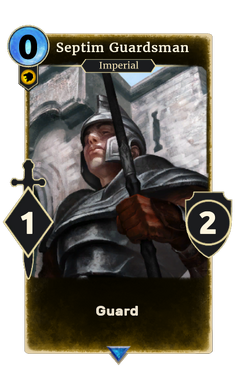 with Guard into your hand.
Friendly Guards have +1/+0.

For other uses, see Imperial Camp.

Imperial Camp is a support card in The Elder Scrolls: Legends that is a part of the Heroes of Skyrim expansion.

Imperial Camp can be purchased as part of the Alduin's Apocalypse deck or soul summoned alone for 100 soul gems. 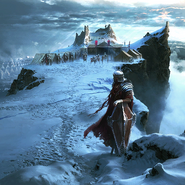 Retrieved from "https://elderscrolls.fandom.com/wiki/Imperial_Camp_(Legends)?oldid=3004217"
*Disclosure: Some of the links above are affiliate links, meaning, at no additional cost to you, Fandom will earn a commission if you click through and make a purchase. Community content is available under CC-BY-SA unless otherwise noted.