The Imperial Legion is a faction in The Elder Scrolls III: Morrowind.

The Imperial Legion is the main fighting force of the Empire in Morrowind. In peace time Vvardenfel, the Legion act as guards in towns like Caldera and Dagon Fel, collecting taxes and keeping the peace.

There are five Imperial Legion garrisons in the Morrowind province of Vvardenfell. Four of these are inside or near towns: Moonmoth Legion Fort not far from Balmora, Buckmoth Legion Fort just outside Ald'ruhn, Fort Pelagiad in Pelagiad,[1] and Hawkmoth Legion Garrison in Ebonheart. A small garrison is maintained in the Legion Depot in the Royal Palace in Mournhold as well.

In Ebonheart, a special Imperial Legion Guard garrison is entrusted with the protection of the Duke of Vvardenfell.[2] There is a traditional rivalry between the Imperial Guard and their counterparts in the regular Legions.

The Legion is a strictly hierarchical organization. Each fort is usually commanded by a Champion (smaller forts) or any higher-ranking Knight (larger ones). The commander of a fort is usually called "Captain" or "General." Only knights may serve as generals. A Knight of the Imperial Dragon is the highest-ranking Legion officer in any district. The Knight of the Imperial Dragon on Vvardenfell is Varus Vantinius.

The Imperial Legion itself is sub-divided into armies, also called "Legions," with numerals added for identification (for instance, the 10th Legion which fought on Akavir).

The Imperial Legion selects candidates on the basis of superior endurance, the soldierly virtue, and trustworthy personality, the citizen's virtue, for service in the Legion is the model for the duties of Imperial citizenship. Troopers are expected to demonstrate mastery of the long blade, the spear, and blunt weapons. Legion troops train with shield and heavy armor, and so must be skilled at blocking and moving in heavy armor.[1]

As a trooper or knight, you must master the long blade, spear, and blunt weapons. You must block whatever blows you can, and take unblocked blows upon your heavy armor. Recruit must also be proficient at athletics, both to march long distances with heavy packs, and to advance and maneuver, charge and retreat on the field of battle.[1]

The Lord's Mail, and Chrysamere (a.k.a. the Paladin's Blade) are artifacts of great importance to the Imperial Legion.

Prior to the theft by a former Legion member, the Mail was on display in the Imperial Commission in Ebonheart, Morrowind. After having been retrieved from the traitorous legionnaire, they are kept by the Knight of the Imperial Dragon Varus Vantinius.[3]

There are four different uniforms used by the Legion: Imperial Steel, Imperial Chain and Imperial Templar for high-ranking knights and Duke's Guard Silver for the Imperial Guard and members of the Order of Ebonheart.

Uniforms are nessesary to talk to higher-ranking Legion members once the player joins the legion. Upon joining the Deathshed Legion in Gnisis, the player is given an Imperial Chain cuirass as their uniform.

The Lord's Mail can also be used as a Legion uniform once the player gets it in its quest.

The Imperial studded leather cuirass is worn by Legion archers, but is not marked as a uniform and thus cannot be used as such by the player.

An Orcish Recruit in the Legion

Imperial soldier in the Duke's Guard. This armor is also worn by members of the Order of Ebonheart. 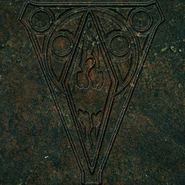 Deutsch Español Nederlands Polski Русский
*Disclosure: Some of the links above are affiliate links, meaning, at no additional cost to you, Fandom will earn a commission if you click through and make a purchase. Community content is available under CC-BY-SA unless otherwise noted.
Advertisement