"Where am I? What is this place? Arkay preserve me, I remember now ... hooded men grabbed me as I was leaving the Temple ..."
―Jeelius[src]

Jeelius is an Argonian priest initially found unconscious on the sacrificial altar inside Lake Arrius Caverns, during the "Dagon Shrine" quest. If the Hero rescues him, he can be seen in the Temple District, offering one skill point to Alchemy, Restoration and Mysticism as a reward.

If the Hero chooses to take the under-cover rout disguising themselves as a Mythic Dawn cultist, they will be asked by Ruma Camoran to offer "red-drink" to Mehrunes Dagon, with Jeelius acting as the sacrifice. The Hero can either refuse to perform the sacrifice, or agree to slay him and become officially inducted into the Order.

"Where am I? What is this place? Arkay preserve me, I remember now ... hooded men grabbed me as I was leaving the Temple ... We must get out of here! Come on!"

"Thank you for saving me, friend. I don't know who you are, but it is clear that Akatosh guides you. I am a priest in the Temple of the One in the Imperial City. Perhaps our paths will cross again one day."

Mythic Dawn "Is that who they were? All I know is that they intended to sacrifice me to their dark lord. If only I could erase the memory of that hellish place."
Prophet "The church is still in turmoil from the attack on the Chapel of Dibella. I don't think anyone has had the time to really study this prophet's teachings. My best advice would be to go, listen carefully, and decide for yourself."

In the Imperial City Temple of the One:

"My friend! It is good to see you again. You risked your life to save me, a stranger. You are truly among the blessed of Arkay's children. As a small token of my gratitude, please allow me to share with you some of my small store of knowledge of the healing arts." 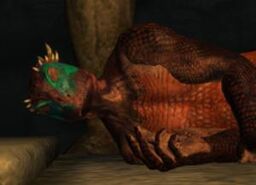 See more discussions >
Retrieved from "https://elderscrolls.fandom.com/wiki/Jeelius?oldid=2930864"
*Disclosure: Some of the links above are affiliate links, meaning, at no additional cost to you, Fandom will earn a commission if you click through and make a purchase. Community content is available under CC-BY-SA unless otherwise noted.