Jester's Outfit is a set of enchanted clothing similar to Cicero's Outfit, however the enchantments on the Jester's Outfit are weaker and its value is less.

Obtained during the Dark Brotherhood main questline, the set is in the Dawnstar Sanctuary, on a table to the left of the entrance, during and after the quest "The Cure for Madness."

These clothes are a replica of Cicero's Outfit. They have weaker enchantments and lower value, but their acquisition does not require Cicero's death. 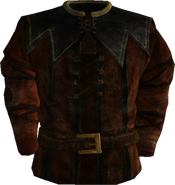 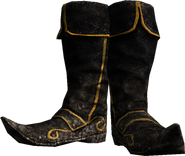 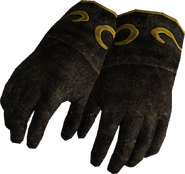 Jester's Hat
Add a photo to this gallery