) is the main antagonist in the Shivering Isles expansion and the Daedric Prince of Order. He represents logical order and deduction and has taken account of every detail of the world and of every action that has ever taken place on Mundus or Oblivion, long before they actually happen. As a result, he believes in certainty and determinism, and that the concept of individuality is an illusion. Jyggalag only appears in The Elder Scrolls IV: Shivering Isles.

Jyggalag was at one time one of the most powerful of the Daedric Princes; he was so powerful that the other Princes began to fear him and his power. He was believed by some to be the only Prince who knew his true purpose.[1] As a result, they cursed him to live in opposition of everything he stood for, to live the life of a madman and bring chaos and insanity rather than order and logic. Henceforth, Jyggalag became known as the Daedric Prince of Madness, Sheogorath.[2]

However, Jyggalag is allowed to return to his original form once at the end of every era, an event known in the Shivering Isles as the Greymarch. During this period, Jyggalag's personality resurfaces and exerts control over "his" realm to summon the Knights of Order—his emotionless, vicious minions—to attack and burn everything in the Isles to the ground. Near the end of the Greymarch, Sheogorath "leaves" the Isles and Jyggalag appears in person to finish the Isles off. In reality, Sheogorath simply transforms into Jyggalag. Sheogorath then "returns" to recreate the Isles and its inhabitants, causing both identities suffering.

Apotheosis of the Champion of Cyrodiil[]

After the death of Uriel Septim VII, the Greymarch began once again. This time, however, Sheogorath sent an "invitation" of sorts to Mundus in the form of a strange door. The Hero of Kvatch went through and met with Sheogorath, who appointed them his champion. Through the Champion's actions, Jyggalag's plans were foiled. Jyggalag was forced to confront the Champion one-on-one and was defeated. His defeat, however, released Jyggalag from his curse. Jyggalag, again free to wander Oblivion in his true form, disclosed his story to the Champion and named them the new Prince of Madness before departing.[2]

The End of Order[]

"You hold the staff, but you are no Daedric Prince!"
(After beating the Prince)
"Enough! I am beaten. The Greymarch is ended. For millennia this drama has unfolded, and each time, I have conquered this land, only to be transformed back into that gibbering fool, Sheogorath. It was not always so. Once, I ruled this Realm, a world of perfect Order. My dominion expanded across the seas of Oblivion with each passing era. The other Princes, fearful of my power, cursed me with Madness, doomed me to live as Sheogorath, a broken soul reigning in a broken land. Once each era, I was allowed my true form, conquering this world anew. And each time I did, the curse was renewed, damning me to exist as Sheogorath. Now, though, you have ended the cycle. You now hold the mantle of madness, and Jyggalag is free to roam the voids of Oblivion once more. I will take my leave, and you will remain here, mortal. Mortal...? King? God? It seems uncertain. This Realm is yours. Perhaps you will grow to your station. Fare thee well, Sheogorath. Prince of Madness."

The End of Order—Free at last 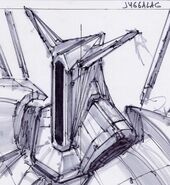 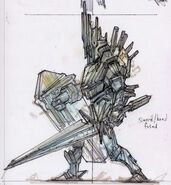 Čeština Deutsch Español Français Italiano Polski Русский Українська
*Disclosure: Some of the links above are affiliate links, meaning, at no additional cost to you, Fandom will earn a commission if you click through and make a purchase. Community content is available under CC-BY-SA unless otherwise noted.
Advertisement