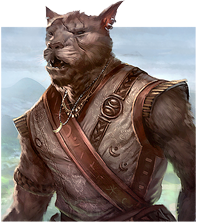 For other uses, see Khajiit.

The Khajiit are a playable race in The Elder Scrolls Online. They are part of the Aldmeri Dominion, along with the Altmer and Bosmer, though they are not bound to the faction by those who pre-ordered the game.[1]

A proud feline race from the southern province of Elsweyr, Khajiit are agile, irreverent, quick-witted, and fiery, often changing mood in a heartbeat. They revere Nirn's two moons Masser and Secunda, and have a weakness for anything sweet.[2] The Khajiit are fearsome warriors, proficient with bladed weapons, and stand proudly at the forefront of every battle.[3]

The population of the proud feline Khajiit has dwindled in recent years following a devastating outbreak of Knahaten Flu. They owe a great debt to Ayrenn, Queen of the High Elves, for her help in restoring order from the chaos that followed the plague. They have a wry wit and a hedonistic outlook, but they are fearsome on the field of battle. They are the strong arm of the Aldmeri Dominion.[3]

Lore-wise, Khajiit are said to have dual personalities due to the two moons, Secunda and Masser. The other races may describe them as being "shady" and untrustworthy. Most Khajiit will also refer to themselves in the Third Person and, depending on war faction, swear allegiance to Queen Ayrenn.

A female and male Khajiit.

A Khajiit looting a corpse.

A Khajiit in Reaper's March. 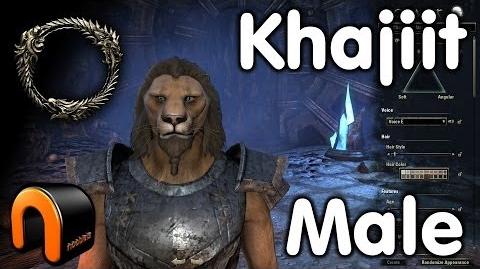 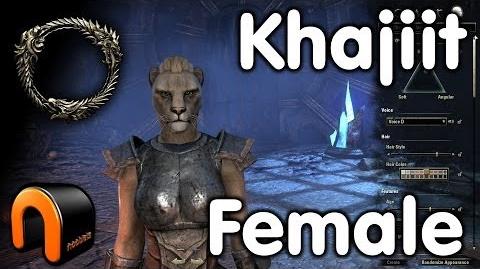 Čeština Deutsch Español Nederlands Português Русский
*Disclosure: Some of the links above are affiliate links, meaning, at no additional cost to you, Fandom will earn a commission if you click through and make a purchase. Community content is available under CC-BY-SA unless otherwise noted.
Advertisement