Mackamentain is an Ayleid ruin in The Elder Scrolls IV: Oblivion. It is located directly north of the Imperial Bridge Inn and the Silverfish River in Nibenay Basin. An Ayleid Well can be found across the entrance to the ruin.

Mackamentain is made up of three levels, with each having Necromancers who have set up camp, and Ayleid chests containing various loot. Mackamentain also has multiple Ayleid Traps within it; a common trait of most Ayleid Ruins.

Lord Umbacano, who can be found in his manor within the Talos Plaza District, is a collector of rare Ayleid antiquities. 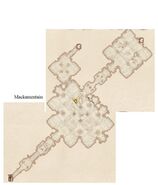 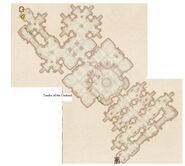 Tombs of the Undead 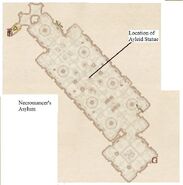 Retrieved from "https://elderscrolls.fandom.com/wiki/Mackamentain?oldid=2766440"
*Disclosure: Some of the links above are affiliate links, meaning, at no additional cost to you, Fandom will earn a commission if you click through and make a purchase. Community content is available under CC-BY-SA unless otherwise noted.