For other uses, see Mages Guild.

The Mages Guild is a guild dedicated to the collection, preservation, and distribution of magical knowledge with an emphasis on ensuring that all citizens of Tamriel benefit from this knowledge. Members of the Guild receive many benefits, including training, services, and education in the established laws regarding the proper use of magic. When Hannibal Traven took over the position of Arch-Mage in 3E 431 he immediately banned the practice of Necromancy from the Mages Guild, causing many members to leave the guild.

History and origin of the Mages Guild

For additional history, see Origin of the Mages Guild by The Archmage Salarth

The Mages Guild was started in the early years of the Second Era. Previously, the only organization with a similar aim and structure to the Mages Guild we know today was the Psijic Order of the Isle of Artaeum.

Vanus Galerion, a Psijic of Artaeum and student of the famed Iachesis, began organizing users of magic from around Summerset Isle at the urban city of Firsthold. At the time, this gathering and conduction of magical experiments in populated areas was considered unacceptable. Even more shocking, Galerion proposed to make magical items, potions, and even spells available to any member of the general public who could afford to pay.

Galerion was brought before Iachesis and the King of Firsthold, Rilis XII, and made to state the intentions of the fraternity he was forming. Although it's not Recorded what he said to convince them, the charter was approved, and the Mages Guild was born.

Like a tree from an acorn, the Mages Guild grew branches all over Summerset Isle and gradually the mainland of Tamriel. Although initially the Guild was rejected in some areas of Tamriel, eventually it was accepted and became a powerful force in Tamriel. There have been only a few rare incidents of the Mages Guild actually becoming involved in local political struggles. On these occasions, the Guild's participation has been the ultimate decider in the conflict.

As begun by Vanus Galerion, the Mages Guild as an institution is presided over by a supreme council of six Archmagisters, with subsequent masters over certain areas, creating a bureaucracy of sorts. One need not be a member of the Mages Guild to know that this carefully contrived hierarchy is often nothing more than a chimera. As Vanus Galerion himself said bitterly, leaving Tamriel to travel to other lands, "The Guild has become nothing more than an intricate morass of political infighting."

The Mages Guild is headquartered at the Arcane University in Imperial City. Each city in Cyrodiil, except Kvatch (due to the Daedric invasion), has a local guild hall. Each guild hall (except for the one in Bruma) has a magic school specialty. This specialty is evidenced in the training services offered and the available spells for sale, often corresponding to their main magic school. Guild halls also offer to recharge enchanted items for a fee of 1

per recharge point. The Mages Guild halls are:

With promotion to the rank of Arch-Mage within the Mages Guild access to the Arch-Mage's Quarters is given, which has an Altar of Enchanting and an Altar of Spellmaking. Additionally, the room contains an enchanted chest, which can duplicate an alchemical ingredient by 10 once a week. Be sure to only put in one unit of the ingredient you wish to duplicate. Note, this does not work with Nirnroot.

The containers in the Arch-Mage's Quarters reset every few days and should not be used for item storage. The desk beside the bed, however, does not reset.

Before officially becoming a full scholar of the Mages Guild and obtaining entrance to the Arcane University in the Imperial City, prospective students must advance to the rank of Apprentice by completing these recommendation quests:

After the rank of Associate

Raminus Polus appears in the Arch-Mage's Lobby during the day.

Hannibal Traven can be found in either the Council Chamber or in his third floor quarters. If Traven is attacked, he defends himself with Destruction spells, high level Restoration spells, and Summon Storm Atronach. His Atronach cannot be Soul Trapped.

Breaking the guild's rules causes a member to be expelled and their guild key removed. These rules include:

If such a thing should happen, visit Raminus Polus in the Arcane University. He will give the Hero a quest to be re-accepted into the guild. Quests are as follows:

A glitch sometimes occurs where the Hero only need part of the required materials (ex. with 20 Daedra Hearts and 3 Vampire Dusts).

If an Arch-Mage was expelled, they can sneak back into the Arch-Mage's quarters and duplicate the ingredients with the enchanted chest.

Once the ingredients are recovered, the mage can re-enter the guild. Their previous rank and quest progression returns to what it was before the ban. Only two chances to rejoin the Mages' Guild are allowed; any further offenses will result in a permanent expulsion.

For the main category with pictures of the members, see Category:Oblivion: Mages Guild Members.

(After reaching the Mages Guild quest "A Plot Revealed," the Bruma Mages Guild is no longer usable.) 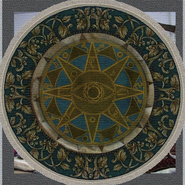 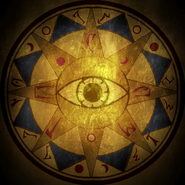 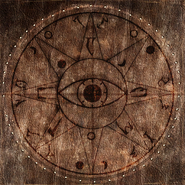 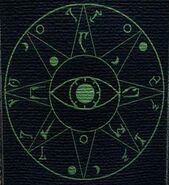 Books related to the Mages Guild