Markarth ("Mar"/"Karth" translating as "Above the Karth"[1]), also known as the Markarth Side or the City of Stone, is one of the nine major cities in the province of Skyrim and the capital of the Reach. Markarth has held vast significance in the Reach, being claimed from the Reachmen to the Nords. Markarth was built from the ruins of Nchuand-Zel, which has been re-purposed into the modern city-state.

"If you're cutting your coins across Skyrim, you'll want to point your blade towards Markarth, the capital city of the Reach. There's no end of trouble in the City of Stone, and that means plenty of ways for you to earn your supper."
―Amanda Alleia[src]

The city-state of Markarth is situated deep within the Reach, along the Druadach Mountains that make up the border between Skyrim and High Rock. Markarth, or the original settlement, Nchuand-Zel was built around a large rock formation with twin rivers flowing between the lower valley and the upper path. Walking beyond the gates of Markarth will take the traveler to the base of Karthspire, a large mountain in the center of the Karth Valley. Beyond this point is unsafe territory, filled to the brim with the local Reachmen, both civil and hostile. Reaching the Karth River from Markarth will reveal a fork in the road, leading to the township of Karthwasten in the north and the stronghold of Fort Sungard in the south. The land that Markarth inhabits has large deposits of silver, iron, and granite, with the latter being used in the construction of the palace in Evermore. The seat of power in Markarth is the Understone Keep, which contains an entrance to Nchuand-Zel, which is still underneath the city-state.

Markarth City is divided into two distinct districts, each separated by the large crag in the middle of the city. To the north is Dryside, which contains the market square, as well as, residential homes, which were initially part of the Dwarven Ruin, before being re-purposed by the locals. Dryside in itself is divided, with both an upper and lower level. The lower level is more or less a path to Understone Keep and the Temple of Dibella, while the upper level contains more homes and even the local treasury. To the south is the Riverside, which is a vast basin, essentially the industrial district of Markarth. Streets descend downwards towards the smelter and the infamous Cidhna Mine, which serves as the local prison. The poor and working class of Markarth live here, in an underground slum known as the Warrens. Ascending upwards to Understone Keep are several businesses, as well as, an entrance to both the Hall of the Dead and a sub-section of the Markarth Ruins. Waterfalls flowing above Understone Keep, flowing into each district of the city and eventually the Karth River around the mountain.[2]

The Kragen Clan & the city of Nchuand-Zel[]

With the formation of the First Council in 1E 420, the Dwarves of the Rourken Clan had self-exiled themselves, eventually settling in the modern-day province of Hammerfell. But the Rourken were not the only ones to leave Resdayn, the Dwarves of the Kragen Clan had followed in their footsteps, embarking into the frozen wastes of Skyrim, where they established their first holding, the city-state of Arkngthamz. From then on, the Kragen spread across Skyrim, building cities including Nchuand-Zel, the modern-day Markarth. House Kragen had reached a breakthrough when discovering Aetherium, establishing a four-way kingdom in Skyrim. But like the other Dwemer, the Kragen had disappeared, never to be seen again. Nchuand-Zel was abandoned like the other Dwarven settlements in Tamriel. The Dwarven animunculi in Nchuand-Zel had laid dormant, waiting to be activated. The ruins were eventually inhabited by the cavernous critters and the outer ruins were taken over by the locals, creating the earliest form of Markarth.[5][6][7]

In 1E 1033, Empress Hestra of the Alessian Empire ordered her legions to conquer the Reach and add it to one of her many dominions. Markarth was her first target and the legions used their force to overthrow the Ard of Markarth due to the disorganized armies of Reachfolk defending the city-ruins. Despite their success in invading Markarth, the Imperial legions were often stuck within the city due to the masses of Red Eagle's rebels waiting outside its walls. Red Eagle's attempts of taking back Markarth were short-lived as he was never able to retake Markarth. When Red Eagle's rebellion ended, Markarth had begun to grow from an occupied ruin into a city with the help of its Imperial settlers. Markarth remained under Imperial rule until the dissolution of the Alessian Empire in 1E 2331.[8]

Kastav the Hasty; the Reman's Endeavors in Skyrim[]

In 1E 2801, Emperor Kastav of the Reman Empire had seized hostages from the city-state of Markarth, and the settlement of H'roldan, to ensure the Jarls of the area would bend to his whim and meet the conscripted quotas he had issued. Kastav was known for being an incompetent leader, and his exploits in Skyrim are a prime example of this, especially with his abuse of the Dragonguard and the events that transpired in Winterhold. The Dragonguard themselves were used by Kastav to seize the hostages from Markarth and H'roldan. When Kastav was deposed from the throne and succeeded by Reman Cyrodiil II, the problems that Kastav had already set forth was resolved by Reman II.[9][10]

The Despot of Markarth & the King of Worms[]

During the Interregnum, the city-state of Markarth was captured by the local Reachmen, led by Caddach otherwise known as the Despot of Markarth. Markarth became the seat of power for an independent kingdom of Skyrim, amidst the Schism between West Skyrim and the Old Holds. The Despot had issued a dictatorship all across the Reach, even communing with the Daedra and even powerful figures such as Mannimarco and House Tharn. The Despot and the people of Markarth worshipped Hircine, the Daedric Prince of the Hunt. Circa 2E 581, an Imperial Envoy-Escort named Flaccus Terentius was commissioned by Abnur Tharn to document the provinces of Tamriel, and he stumbled onto Markarth, where he was imprisoned in Nchuand-Zel. Before he was sacrificed by Mannimarco, Vanus Galerion had appeared before them, battling the King of Worms and escaping with Terentius to Eastern Skyrim. Markarth continued to be ruled by the Despot for an unknown time. The Despot, along with the King of Worms and House Tharn played a large part in the Planemeld of 2E 582.[11]

Markarth Side during the Imperial Simulacrum[]

During the Imperial Simulacrum from 3E 389 to 3E 399, Emperor Uriel Septim VII was imprisoned along with Talin Warhaft in the Deadlands by Jagar Tharn. Tharn planned for months to capture the throne, and he was able to achieve so in the span of ten years. Tharn had a powerful weapon called the Staff of Chaos, and he split it into nine pieces and scattered them across Tamriel, the staff was the only thing keeping Uriel Septim and Warhaft in Oblivion. A warrior escaped his clutches and traveled all corners of Tamriel to retrieve the missing pieces. The hero was known as the Eternal Champion, and he assembled the staff and defeated Jagar Tharn at the Imperial Palace. The Eternal Champion had at one point visited the town of Markarth Side in their quest to recover the pieces.[12]

The Markarth Incident & the Forsworn Uprising[]

During the Great War in 4E 174, the city-state of Markarth was ruled by Jarl Hrolfdir. With the arrival of the Great War, the Imperial Legion in Markarth had left for Cyrodiil, to fight against the Third Aldmeri Dominion, leaving Markarth vulnerable to the Reachmen. Under the command of Madanach, the King of Rags, the Reachmen overtook Markarth and established an independent kingdom, from 4E 174 to 4E 176. Jarl Hrolfdir had escaped Markarth, seeking help to reclaim his domain. Jarl Hrolfdir sought help from Ulfric Stormcloak, the newly-proclaimed Jarl of Windhelm. In 4E 176, Ulfric, and his militia of warriors had stormed the walls of Markarth, deposing Madanach and reclaiming the city-state. Unfortunately, Hrolfdir had perished after the battle, failing to negotiate with the Reachmen. This had left the throne to his son, Igmund. However, problems arose after what was known as the Markarth Incident, Ulfric agreed to help Hrolfdir if he allowed worship of Talos, despite the words set forth by the White-Gold Concordat. This part of the agreement did not last when the Thalmor returned and abolished the worship. Afterward, Ulfric and his militia were imprisoned for attempting to bring about Talos worship and enforcing law onto Markarth. This was a major driving point towards the Skyrim Civil War.[13][14][15]

Markarth during the Skyrim Civil War[]

During the Skyrim Civil War in 4E 201, the city-state of Markarth was ruled by Jarl Igmund, who inherited the throne from his late father, who perished sometime around the Markarth Incident. At this time, turmoil between the newly-founded Forsworn and Markarth had slowly decreased, but with Madanach imprisoned, relations between the Reachmen and the Nords are uneasy. With the Stormcloak Rebellion raging throughout Skyrim, Jarl Igmund sided with the Mede Empire, despite Ulfric's actions at the Markarth Incident. The Imperial Legion, under the command of General Tullius, was stationed at the city-state of Solitude, with the Legion in the Reach took hold at Fort Sungard, located in the Upper Karth. The Imperial Legion of the Reach was under the command of Legate Emmanuel Admand, who operated out of Understone Keep, as a member of the Court of Markarth.[16]

At the same time, Madanach, the King of Rags, was imprisoned at Cidhna Mine, by order of Thongvor Silver-Blood. With their leader in jail, the Forsworn had gone undercover throughout Markarth, most notably, attempted murder at the Markarth marketplace. While the City Guard tried to cover the situation, a Reachmen citizen, Eltrys and a traveler had investigated the scene and interviewing people throughout Markarth. As time went on, noble elites from the Silver-Blood Clan had begun to intervene, until it was revealed that Madanach had orchestrated events throughout town, having a deal with the Silver-Bloods. Eventually, Eltrys was disposed of, and the traveler was given a life sentence at Cidhna Mine. There they meet the Forsworn and converse with Madanach, who planned a prison outbreak. It is unknown what happened to Madanach, or if the traveler sided with him. Reports say that Madanach and his people had fled to Druadach Redoubt, while others say that Thonar Silver-Blood made a deal with the traveler, and sweeping all of this under the rug forever.[17][18]

Temple of Dibella in Markarth.

The Inner Sanctum of the Understone Keep. 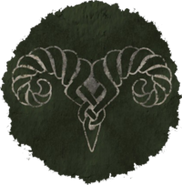 Español Français Português
*Disclosure: Some of the links above are affiliate links, meaning, at no additional cost to you, Fandom will earn a commission if you click through and make a purchase. Community content is available under CC-BY-SA unless otherwise noted.
Advertisement