"What I want and what I do are usually very different things, my friend."
―Naryu Virian[src]

Naryu Virian is a Dunmer who seeks contact with the Vestige in Deshaan. She is an assassin of the Morag Tong who was hired to eliminate the source of the Llodos Plague and will therefore seek the help of the Vestige.

Alongside senior member Varon Davel, the two are the only remaining members of their cell within the Tong. With the Morag Tong persecuted during the Second Era first from the assassination of the Reman Potentate and from the Dark Brotherhood schism, the members of the guild have gone into hiding and are working from the shadows to try and build connections with powerful nobles and regain the strength and influence they once had.

Naryu is first encountered by the Vestige in Narsis, where House Hlaalu had requested help from Mournhold to deal with the Llodos plague and the Maulborn threat.

Naryu returns to Mournhold after taking care of the threat in Narsis, where she secretly helps both the player and Almalexia uncover another Maulborn plot.

The Pride of a Prince

She is later seen in Fort Amol, in Eastmarch, where she is given her first solo contract for the Tong to assassinate a Breton alchemist and killer on the loose in Pact lands. She helps the player uncover another plot by Fildgor and the Stormfist Brigade by unifying the angry delegates and helping the player cut their way through the Stormfist assassins from the shadows.

Help Naryu track down a contract that escaped for Kvatch.

Naryu and her allies uncover a string of murders along the Gold Coast.

After her work in Kvatch, Naryu invites the Vestige to look for her in Vvardenfell.

Naryu meets the Outlander on Firemoth Island after the latter gets captured by slavers.

Naryu begins to develop her trust towards the Vestige, and asks if the Vestige can help her keep Veya Releth safe and away from Redorans and Warclaws.

Of Faith and Family

Naryu tries to talk Veya out of doing things that are unwise, or against the Tong rules, but she too is shocked to find out what really happened to Ulran Releth.

Naryu tries to find out more about Ulran's death whilst completing a writ. She requires the Vestige to help her in doing so.

Naryu tries to stop Veya from killing all the Redoran Councilors, but things still went out of hand.

While skilled in the art of assassination, she shows her softer side especially with the Vestige as she helps them with the task of saving lives. She wishes to see the Morag Tong back to its former glory, and does what she can to increase the Tong's standing with the rest of the Pact even if it is outside her contract. 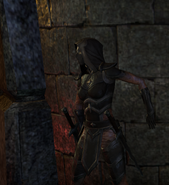 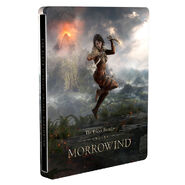 In a dress
Add a photo to this gallery

Retrieved from "https://elderscrolls.fandom.com/wiki/Naryu_Virian_(Online)?oldid=3036292"
*Disclosure: Some of the links above are affiliate links, meaning, at no additional cost to you, Fandom will earn a commission if you click through and make a purchase. Community content is available under CC-BY-SA unless otherwise noted.