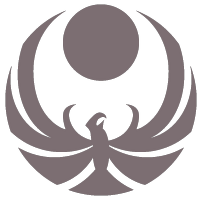 The Nightingales are a secret inner circle within the Thieves Guild, based in Nightingale Hall. The most recent incarnation of the faction was made up of three elite thieves: Mercer Frey, Karliah, and Gallus Desidenius. The Nightingales exist to protect the shrines of Nocturnal throughout Skyrim. It is common belief that the Nightingales do not exist, and were simply created as a way to scare Footpads into doing what they are told.[1]

As the Dragonborn progresses through the Thieves Guild, they are invited to join the Nightingales. In doing so, the Dragonborn swears to protect Nocturnal and her shrine, even after death. As a reward for the pledge of service, Nightingales are granted armor blessed by Nocturnal and receive special powers, including increased luck in their exploits as thieves.

After the completion of "Trinity Restored" the Dragonborn becomes a fully-fledged Nightingale. They are then allowed to choose whichever manner of agent of Nocturnal (see Powers below).

"Our trinity serves the Lady Nocturnal, the Empress of Murk and the Daughter of Twilight. We believe her to be our patron, if not the patron of all thieves worldwide. We serve her without prayer, without charity and without celebration."
―Gallus Desidenius[src]

According to Nightingales: Fact or Fiction?, the first signs of the existence of a group dedicated to the service of the Daedric Prince Nocturnal — the Nightingales — surfaced over one-hundred years prior to the events of The Elder Scrolls V: Skyrim. A corpse was discovered wearing strange black armor, and bearing an insignia that resembled a nightbird cradling the moon in its wings. Since then, it has always been rumored that a secret inner-circle existed within the Thieves Guild which was responsible for protecting the shrines of Nocturnal. Little is known of the Nightingales' membership prior to the return of Alduin, but purportedly a Dunmer named Lorthus, who was executed for murder, was suspected of being a Nightingale.[1]

Agents are powers that are gifted from Nocturnal to the Nightingales. There are three known kinds of Agents, each possessing a power that can be used once a day. It is possible to change to another kind of Agent, but only once per day, and only at the Twilight Sepulcher.

An Agent of Stealth is an expert infiltrator. They use darkness to conceal themselves. They are granted the power of Shadowcloak of Nocturnal which automatically turns the Nightingale invisible when sneaking. While sneaking, the effect acts as any other form of invisibility, meaning that if the Agent interacts with an object or character, the effect will dissipate. However, the cloak can be re-engaged by leaving and entering sneak again (as long as the duration holds). Shadowcloaks last for two minutes, or indefinitely if the Dragonborn never interacts with anything whilst crouching.

Agent of Subterfuge (half moon)

An Agent of Subterfuge uses darkness to obscure others' thoughts and judgement. They are granted the power of Nightingale Subterfuge which forces targets in the area of effect to attack anybody on sight, allowing the Agent to take advantage of the chaos to gain the upper hand.

An Agent of Strife uses darkness for their own benefit. They are granted the power of Nightingale Strife that creates a cord between them and their foes. This cord draws health from said foe while giving health to the Agent. 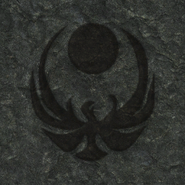 Nightingales' banner
Add a photo to this gallery

Retrieved from "https://elderscrolls.fandom.com/wiki/Nightingales?oldid=3087890"
*Disclosure: Some of the links above are affiliate links, meaning, at no additional cost to you, Fandom will earn a commission if you click through and make a purchase. Community content is available under CC-BY-SA unless otherwise noted.