"The people of the Wrothgarian and Dragontail Mountains are renowned as both craftsmen and berserkers. You'll collect Orc cards more quickly, reflecting your ability to lead other Orcs into battle."
―Character creation screen[src]

Orsimer is a race in The Elder Scrolls: Legends.

Orcs are a tribal race, and work best when they fight together to defend their clans and strongholds. In Legends, this is reflected by the way Orcs synergize with one another. Orc cards tend to make other Orcs stronger; this is best seen in cards such as Bangkorai Butcher and Militant Chieftain. The best way to utilize Orcs is to build a deck around them. Orc cards are most often found in the Strength and Endurance attributes. 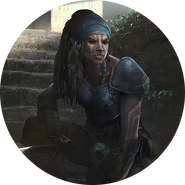 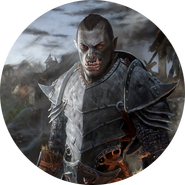 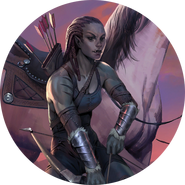 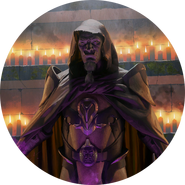 Retrieved from "https://elderscrolls.fandom.com/wiki/Orsimer_(Legends)?oldid=2944714"
Community content is available under CC-BY-SA unless otherwise noted.