The Penitus Oculatus (Skyrim) is a non-joinable faction in The Elder Scrolls V: Skyrim. After the fall and disbanding of the Blades and the signing of the White-Gold Concordat,  the Penitus Oculatus were created to serve as the Empire's security and law enforcers, as well the emperors bodyguards.

During the Stormcloak Rebellion, the organization was led by Commander Maro and his second in command and son, Gaius Maro. Agents of the Penitus Oculatus only appear in Skyrim outside of their outpost in Dragon Bridge during the Dark Brotherhood questline, after the Dark Brotherhood is contacted by Amaund Motierre to assassinate Titus Mede II, the Emperor of Cyrodiil during the time of the Last Dragonborn. Respawning Penitus Oculatus agents can be encountered in Solitude and Castle Dour during the events of To Kill an Empire, and inside of the Falkreath Sanctuary during the events of Death Incarnate.

The Penitus Oculatus also appear in The Infernal City. Known members include, but are not limited to: 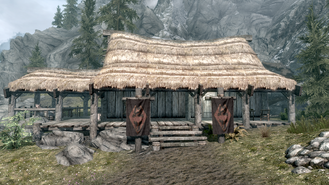 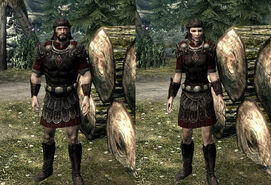 A male and female Penitus Oculatus agent.
Add a photo to this gallery
Retrieved from "https://elderscrolls.fandom.com/wiki/Penitus_Oculatus_(Skyrim)?oldid=1188532"
*Disclosure: Some of the links above are affiliate links, meaning, at no additional cost to you, Fandom will earn a commission if you click through and make a purchase. Community content is available under CC-BY-SA unless otherwise noted.