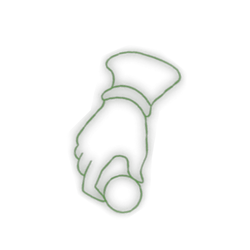 Pickpocket is a skill in Skyrim and is one of the six skills that fall under The Thief play-style. The intent of the Pickpocket skill is to provide greater role-play opportunities and much more realistic thievery. The Dragonborn is free to peruse their target's inventory, without breaking the law. Unsuccessfully removing or adding an object will raise the Dragonborn's bounty, often causing the intended victim to become hostile.

"The stealthy art of picking an unsuspecting target's pockets. A skilled pickpocket is less likely to be caught and is more likely to find valuables."
―Loading Screens[src]

There are many opportunities for lucrative pickpocketing to offset the significant costs of investing perks in the skill. Many characters will carry large amounts of gold or valuable jewelry that is frequently enchanted. Gold from training or bribes will also be in the characters' inventory which can then be stolen with the Pickpocket skill.

There is an unknown formula for maximum gold value that can be pickpocketed based on the level of the character's Pickpocket skill and which perks they have. This can result in situations where even a small change in gold value can result in huge swings in percentage chance of success. This problem can be avoided altogether by paralyzing the victim first, as it is possible to pickpocket anything from them without detection as they are getting back up.

The amount and weight of an item determines the difficulty of pickpocketing it. However, the item's value determines how much the skill is leveled by after being successfully pickpocketed.

The following books provide a permanent one-time increase to the Dragonborn's Pickpocket skill. See each book's page for a list of possible locations.