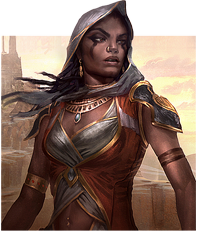 Redguards are a playable race in The Elder Scrolls Online. The Redguards of Sentinel and Hallin's Stand are members of the Daggerfall Covenant, along with the Bretons and Orsimer, though they are not bound to this alliance if the game is pre-ordered.

The Redguards of Hammerfell are humans who came to Tamriel from the lost continent of Yokuda. A dignified and martial people, most are suspicious of magic, preferring to settle conflicts with swords.[1]

"The Redguards of Hammerfell are talented and athletic warriors, born to battle. A desert people, their ancestors migrated to Tamriel from the lost continent of Yokuda. Their culture is based on preserving ancient traditions and defying their harsh environment. They prize honor and dignity above all else, combining a deep reverence for the divine with a suspicion of all things magical. Their capital is the merchant port of Sentinel, but their roots are deep in the sands of the Alik'r Desert. In their youth, Redguards endure a rite of passage in the desolate wastes of Alik’r as a test of endurance and discipline. Only the strongest survive." 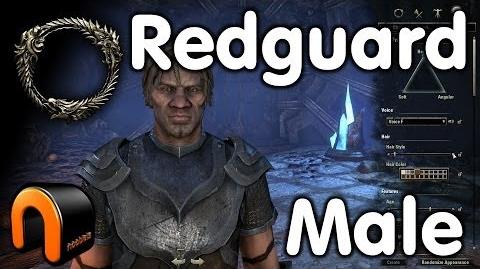 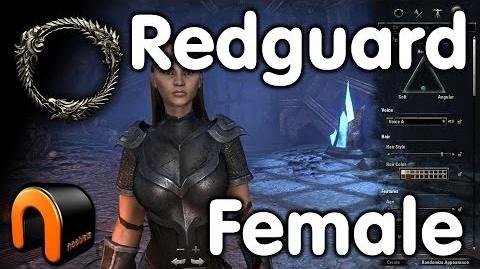 Redguard woman on horseback.
Add a photo to this gallery

Retrieved from "https://elderscrolls.fandom.com/wiki/Redguard_(Online)?oldid=3077483"
*Disclosure: Some of the links above are affiliate links, meaning, at no additional cost to you, Fandom will earn a commission if you click through and make a purchase. Community content is available under CC-BY-SA unless otherwise noted.